MAYBE: NATHAN FILLION got himself a ‘GUARDIANS OF THE GALAXY’ cameo 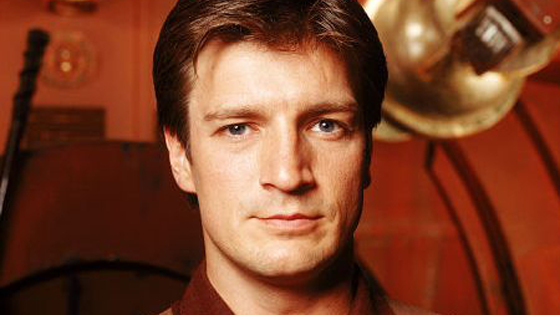 Geek-Lord Nathan Fillion. It almost seems ludicrous that he hasn’t found himself a role in the MCU, right? Like — c’mon. Makes almost too much sense. However, the Geek-Lord Supreme may be at least dipping his toes into the Marvel Movie Slipstream with a cameo in Guardians of the Galaxy.

Nathan Fillion, who has worked with Guardians of the Galaxy director James Gunn on bothSlither and Super, was asked recently if his buddy slipped him into the next Marvel feature. His answer seemed to imply that the answer was yes. Plus watch the first GOTG clip!

At the Saint Louis Comic-Con, Fillion was questioned on whether or not he would be popping up in Marvel’s space adventure. His response was all over the place, but it certainly wasn’t a no:

“Wanting to get a part? Or maybe did? I’m just saying… maybe? Maybe you’ll be surprised? Maybe check the credits of the movie when you watch it.”

So what does that mean? We know there’s going to be a ton of space aliens in this movie (we’ve already seen loads of them from set images). So it’s very easy to assume that Fillion put on some alien makeup and trotted around in the background, thus making him only recognizable in the credits. OR — and this is a big or — maybe he’s in the real after credits scene? Because why else ask people to look at the credits, and not the specific scene he was in? Curious and curiouser. [io9]