QUENTIN TARANTINO directing ‘THE HATEFUL EIGHT’ on stage. For one night. 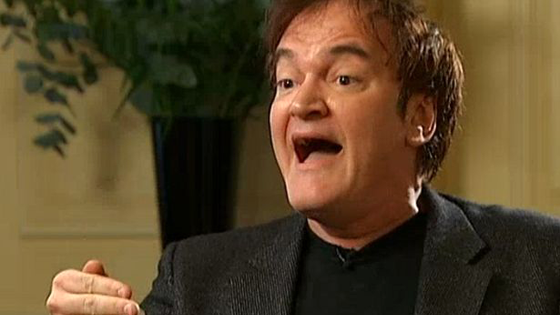 Quentin Tarantino’s The Hateful Eight saga has taken another new twist. This one slightly (read: incredibly) cooler than the announcement that he was canning the son of a bitch after the script leaked. The Good, Quirky Sir is going to be directing it on stage. For one night.

As a film, Quentin Tarantino‘s western The Hateful Eight is dead. (Or it may not be, but don’t queue up for tickets any time soon.) The script, however, will come to life on stage at LACMA thanks to Film Independent. That’s the same outfit that promotes Jason Reitman’s Live Read series, which we’ve covered many times in the past. Now Film Independent has scheduled the ultimate Live Read, as Quentin Tarantino will direct The Hateful Eight once, live, on stage.

The event takes place on April 24. It is a fundraiser for Film Independent, and tickets don’t come cheap. They’re $200. That’s not exorbitant, but it’s out of my price range for the month, and there’s no small frustration to knowing that I very likely won’t see Tarantino’s event. But I can live with missing it, in part because I think this is a great idea.

There’s no real scarcity now when it comes to media, but Film Independent and Tarantino are about to create a unique experience. The regular Live Reads are curios that attempt to do something entertaining with a well-known text. This, however, is the first and possibly only time The Hateful Eight will go before an audience. Given that much of Tarantino’s fury over the Hateful Eight script leak was about losing control — which caused him to cancel plans to make the film — this seems like a very public way of taking back what he lost, and making it his own again.

And who’s to say that the experience of seeing The Hateful Eight received by an audience won’t make QT rethink the decision to kill the film? Rumors say he’s already started to reconsider. If there’s anything that could push him over the edge, it might be an audience that falls in love with his script as it is performed with his chosen cast.

At the moment, we don’t have any details on who’ll be in that cast. In all likelihood, the cast will not be revealed before the night of the show. [/Film]