Archives
« Monday Morning Commute: No Rest for the Wicked.
Magic: The Gathering (of Buttcracks!) » 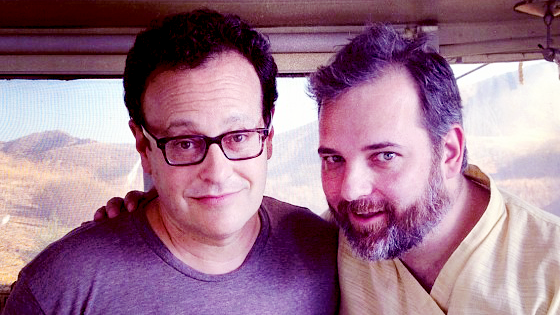 Dan Harmon. Mitch Hurwitz. Hard to think of two bigger cult heroes in the world of comedic television. (I’m not really thinking hard at all, but I ruminate on their names and I’m like HOLY SHIT THEY’RE BOTH BIG.) Now these two wonderful bastards are working on a project. Together! Can your gaping maw hold their glory thrusts? Mine can!

Arrested Development’s Mitch Hurwitz recently appeared on Dan Harmon’s Community, a quid pro quo exchanging of cameos between the creators of two beloved, perpetually endangered comedies that most probably assumed would be the end of their collaboration. But much like Koogler turning your class into a kegger, news that refuses to play by your rules has unexpectedly popped up in Harmon’s (also interesting for numerous other reasons) new Rolling Stone interview, where he says the two are combining forces on another secret project. Naturally, he’s not too forthcoming about it, saying, “I could lay it out in one sentence, but then it’ll be on the Internet and I’m worried that that’ll somehow ruin it”—adroitly sidestepping any chance that this will be on the Internet.

Still, he did offer some vague details, using words that suggest he’s already been at SXSW for too long: “Okay, it would embrace the emerging mediascape, and use us both in a way that we weren’t compromising each other, but are still collaborating, and giving the audience a lot to digest,” Harmon said. That’s not a lot to go on, but our guess is that Hurwitz and Harmon are collaborating on the “secret project” of getting the “emerging mediascape” to talk endlessly about what they might be doing together, using both of their respective, rabid fan bases in a way that doesn’t actually require them to do anything—and it’s all happening right now.  [AV Club]