MAYBE: Sony’s Oculus Rift competitor to be revealed this month 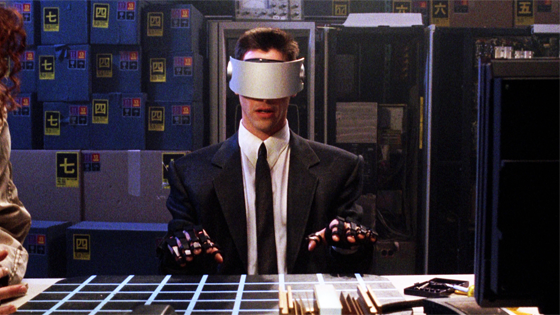 There’s a good chance that Sony’s dropping the reveal on their VR headset this month. Getting ready to throw down with the Oculus Rift. In a battle of “Hey, We Took Thing X and Put It in First Person! Wild!”

Sony is widely rumored to be working on a virtual reality headset to compete with theOculus Rift, and the truth could be revealed quite soon. Sony has just revealed it will host a new session at the 2014 Game Developers Conference in San Francisco, titled “Driving the Future of Innovation at Sony Computer Entertainment.” Unlike most presentations at the conference, this particular session has an extremely short description that doesn’t reveal what to expect, saying only that Sony will host a presentation on “innovation at PlayStation” and “the future of gaming.”

However, the list of speakers suggests that this won’t be a presentation that attendees will want to miss. PlayStation R&D director Richard Marks and his colleague Anton Mikhailov will be present. Marks developed the original EyeToy, and the duo teamed up on the PlayStation Move motion controller and the new PlayStation Camera for PS4. As part of Sony’s Magic Lab, they’ve experimented on a number of other ideas,including eye-tracking technology for the PS4. And at GDC 2014, they’ll be joined by PlayStation software boss Shuhei Yoshida, which helps suggest that there could be an announcement of some sort. Sony hasn’t been shy in the past to demonstrate new technology at GDC, showing off the PlayStation Vita’s augmented reality capabilities for the first time in a developer presentation at the conference. [The Verge]

Does anyone who frequents the bars of the Space-Ship actually care about a VR headset? I don’t. Maybe I’m old. Wake me up when the Black Sun from Snow Crash is a place I can visit in one of these Virtual Realms. I’m fucking there, getting hacked to pieces by Hiro Protagonist. Until then? Meh.