I’d like to think that we’ve gotten far beyond the point of an “Indie Game Revolution” now. These games, despite their lower public profile and lack of big label backing should be, and largely are, woven into the larger quilt that makes up gaming as a whole. There is still a chance, however, that some of you were too busy picking your leaky sphincters and sniffing your fingers – getting locked into that dangerous behaviour loop to such an extent that you may have slept on some titles. Never fear: my crowing, self-superior must-play list has arrived. 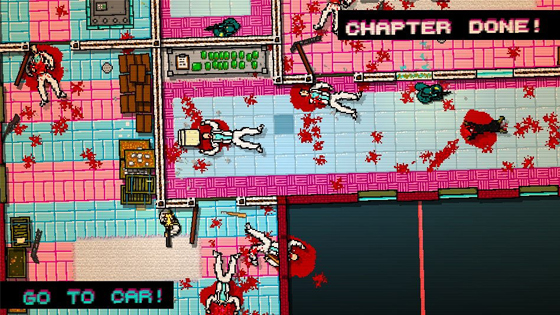 Sort your fucking life out if you haven’t played this one. And when you read that line imagine me delivering it to you, finger pointed, as a stern, overbearing cockney thug. Beg, borrow and steal to play through this game because its brilliance is unparalleled. Not only is it wonderfully – gloriously- violent, but it’s also one of the most precise and rewarding games I’ve ever played. Each room is a blood-soaked puzzle: requiring lightning quick problem solving and reflexes to advance. You will smash a keyboard or two, sure. But you’ll know that you overcame insurmountable odds in order to beat this beast.

Even if you’re not the gameplay purist (read: snob) that I am, just absorb the tone and feel of this game for a minute. It’s like a lean-fuelled Troma movie with a hazy panic-inducing soundtrack to boot. Get wavy, get bloody, get fucking dark and twisted, bro. This game has it all.

There are games that make you feel smart and then there are games that require you to be so smart that you end up feeling even more stupid than when you began. Luckily, Gunpoint falls somewhere between these two camps, encouraging as it does the best kind of problem-solving: the hands-on kind.

Playing as a snarky, rocket-legged P.I. you find yourself embroiled in increasingly shady levels of corporate espionage in which you are inevitably the hapless pawn. Luckily, this lack of ‘hap’- whatever the fuck that is- is solely for appearances, as it turns out you’re a pretty crafty hacker with a natural talent for breaking and entering. Gunpoint stresses avoiding combat in favour of rewiring circuitry to your advantage. Locked doors can be wired to light switches, as can security cameras and trap doors: allowing you to set up guards like you were some sort of cyberpunk McCaulley Culkin. The puzzles grow in complexity thanks to the introduction of colour-coded circuitry in later levels, which will really stretch your logic skills and patience. 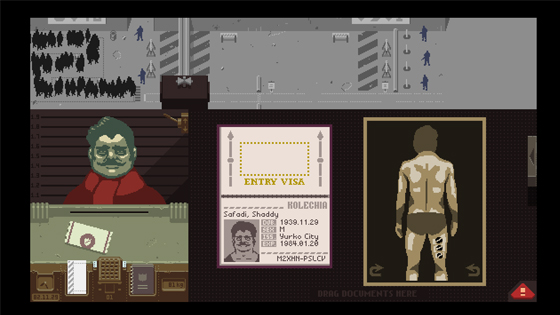 Ever wondered how life would be working as a checkpoint officer on an Eastern-European border control? Well, wonder no more! Papers, Please perfectly replicates this unique brand of misery. Every day is a constant barrage of data, miscreants, terrorists, sex workers, sex trafficers, out-and-out criminals, guilt and bureaucracy. Oh, and let’s not forget the occasional suicide bomber. All of this must be dealt with amidst the soul-crushing tedium of checking passports for authenticity and credibility, but at least it distracts you from the situation at home: hungry wife; sick son; cold mother-in-law; all cramped into your tiny, barely hospitable living cube. You could solve these problems with money, of course, but there’s so much shit going on at work that you barely have the chance to make quota. Perhaps you may have to start compromising your morals a little..

Trust me when I say, that in spite of how miserable Papers, Please sounds, it actually makes for a hugely compelling game and in a rare moment for the medium, it actually made me feel empathy towards those poor schlubs at passport control. 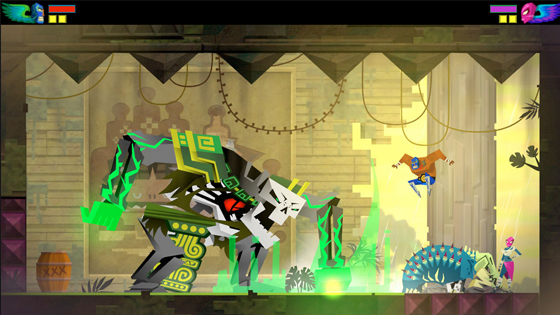 It’s pretty commonplace when writing about games to refer to previous titles and how parts of them comprise the game that you’re currently talking about. For example: Gucamelee takes the level design and platforming of classic Metroidvania titles and combines it with the precise combo-driven mechanics of Street Fighter. That’s played-out, though, so let’s use a metaphor.

Guacamelee is a classic, well-made turkey club on rye. There is little to challenge this solid formula, but it can be, and in this case most certainly is, spiced up with some pickles and sweet chili sauce (highly recommended). You are comfortable in this sandwich’s greatness. You also love pizza, but understand that sometimes just because two things are incredible, does not necessarily mean that they would work together. You live safe in this knowledge and crave not such wild, excessive creations. This is all well until somebody makes that combo work. This feat of human food engineering is so astounding that mere words could not describe it to you. For you see, if we knew how such a combination could work then surely we would have already made it work. Guacamelee makes it work.

And if that doesn’t sell it to you: Guacamelee is a combat-focussed exploratory platforming game where you play as an undead, would-be luchador who elbow-drops evil skeletons back into the dust whilst saving the president’s daughter and can also turn into a chicken. Also: unstoppable soundtrack.

There is a world of wonderful and bizarre games out there waiting to be discovered. Get Steam, explore your PSN and XBLA marketplaces and if you know what’s good for you, sign up for the Humble Bundle mailing list – where you can pay what you like for bundles of always well-curated indie games. This month’s even happens to feature Guacamelee alongside another great game – The Swapper – and stone cold Indie classic Fez, which is basically the only game I’ve ever truly cared about.