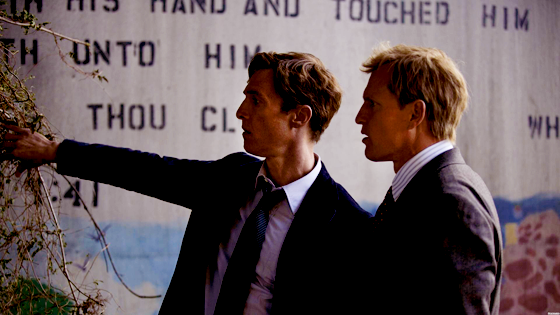 Thanks to his features Sin Nombre and Jane Eyre we’ve been enthusiastic for Cary Joji Fukunaga for years, but now that his show True Detective really owns the public imagination he’s finally getting big recognition from all corners of the entertainment industry.

Fukunaga directed all eight episodes of the HBO limited series, with six having aired so far. With two weeks left in the very odd and unsettling police drama he directed for creator/writer Nic Pizzolatto, and a few feature developments in the fire (including Stephen King’s It) what’s next for the filmmaker?

What isn’t next is True Detective season two; while Pizzolatto is writing the follow-up season now, and Fukunaga will return as an exec producer, Deadline says he will not be in a more involved producer role, and he will not direct the season.

Bummer. Total bummer. I can understand tho — I imagine helming the camera for an entire season (even a shortened one like TD‘s) is fucking exhausting. So happy trails my friend. At the very least I’m happy that Nic Pizzolatto is still going to be penning the son of a bitch