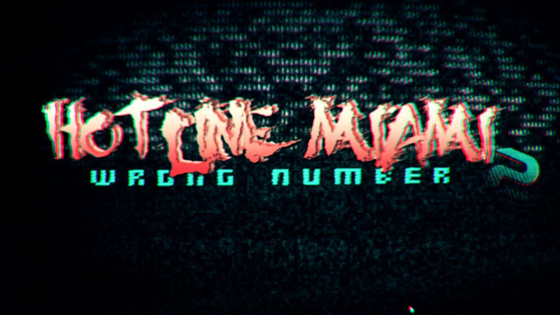 Steel yourself, ya ding dongs. Steel yourself for the sequel to one of the most unforgiving, engrossing, masochistic little gems to be knifed into the side of gamers in years.

Hotline Miami 2: Wrong Number will be available sometime between July and the end of September; the game’s official Twitter account locked in a Q3 launch window today.

Hotline Miami 2: Wrong Number takes place before and after the events of the first game, which saw a nameless protagonist fulfilling murder requests left on his answering machine. The sequel ditches the 80s aesthetic of its predecessor for a more touchy-feely early 90s vibe – a large part of the game will be about touching characters’ faces with baseball bats and feeling their life force drain away.

The first Hotline Miami launched in October 2012 to critical acclaim and commercial success. After making its debut on PC, the game was ported over to PS Vita and PS3 in February of last year, while a Mac version followed a month later. Hotline Miami 2: Wrong Number will be available on PS4, PS Vita, PC, Linux and Mac OSX.