Coen Brothers’ next flick could be ‘HAIL CAESAR’ with Mr. George Clooney 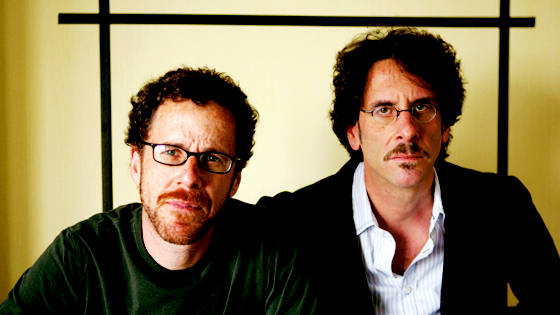 That movie the Coen Brothers were spitting about that takes place in Ancient Rome may be coming more into focus. Or not. I don’t know. There is a script called Hail Caesar. There is talk of a movie talking place in ancient Rome. Are the same script? Greater minds than me are unsure.

We’re back to the question of what the Joel and Ethan Coen will do to follow the stellarInside Llewyn Davis. We’ve recently heard that there could be scripts that take place in the world of opera, and possibly in ancient Rome. The latter led people to think of a script calledHail Caesar that had been talked up many years ago, meant to star George Clooney. The actor called it a capper to their loose “idiot trilogy,” the first two films being O Brother, Where Art Thou? and Intolerable Cruelty.

Turns out that Hail Caesar script is still in play, and could even be next. But it isn’t the Roman movie — or it might not be, anyway. The Coens talk, below.

Anne Thompson asked about the Hail Caesar script, and got the following response:

Joel: We’ve been working on that one.

Joel: There’s a good chance that would be next.

And that’s it. But it’s a slight bit more than we’ve known. In 2005, when the project was first talked up, the plot description was that it would “follow a troupe of theater actors in the 1920′s putting on a play about ancient Rome.” That sounds like it has changed a bit, to be about movies rather than theater (but it could feature the theater troupe intersecting with the movie biz) and that the Roman angle isn’t primary.