WARREN ELLIS is relaunching ‘MOON KNIGHT’, hanging out in NYC with the character. 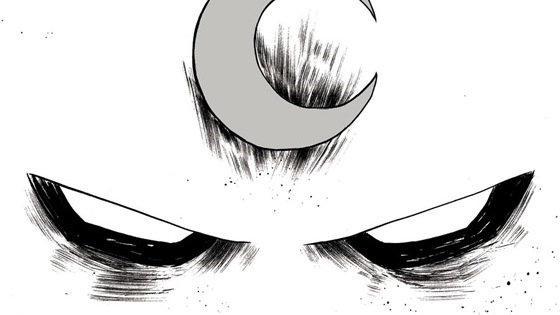 I’m going to buy this Moon Knight by my master. Don’t get me wrong. The problem is that every time there is a new Marvel title announced by Ellis I (perhaps irrationally) hold the development responsible. Responsible for what? Getting in the way of my fucking Doktor Sleepless. Yeah I know there is probably not correlation. I know! Leave me alone.

Warren Ellis and Declan Shalvey have been announced as the creative team tasked to bring Marvel Comics’Moon Knight into his latest phase.

Announced this morning on Hero Complex, Ellis, Shalvey and colorist Jordie Bellaire are bringing the All-New Marvel NOW! title to readers in March, and relocating the hero from his Los Angeles base of operations established during Brian Michael Bendis and Alex Maleev’s 12-issue series to his original stomping grounds of New York City, part of Ellis’ plan to present

a version of the hero which “unifies all the previous takes, making the character whole and taking him forward into a new kind of crime fiction.”

“The best Moon Knight stories for me were always ground-level but weird crime,” Ellis told HC. “‘Weird crime’ has kind of been the touchstone for me for this revival.”

The biggest change the series will see is a shift away from previous writers’ emphasis on the character’s dissociative identity disorder. “I’ve known people with D.I.D.,,” Ellis said. “I, they and any doctor can tell you [that] you can’t catch D.I.D. just from pretending to be other people. If that was true, every actor in L.A. would be hospitalized.”

What about you folks. Are you excited for this? I’ll be there, sadness aside.