Archives
« MASSIVE STAR carving itself out a GALACTIC CASTLE
‘CALL OF DUTY: GHOSTS’ GAMEPLAY LAUNCH TRAILER: There Will Be Dog » 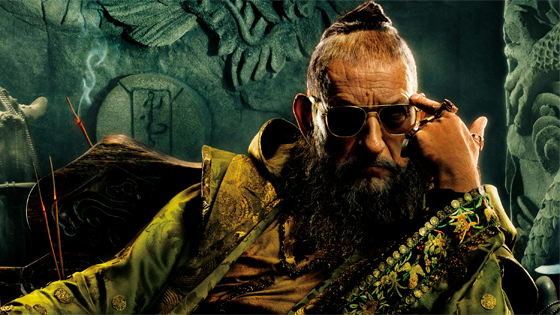 Ben Kingsley has filmed a secret Marvel project. I mean — can we imagine him being anything other than the Mandarin? Some short starring him?

Depending on where you stand, how Marvel ultimately treated Mandarin in “Iron Man 3” was either a very clever and unexpected twist, or a complete betrayal of a classic comic villain. But either way, it would be hard to deny that it was great fun watching Ben Kingsley stagger and swagger his way through the role. And it seems like the execs at Marvel like him too, as it may not be the last of we’ve seen of Trevor Slattery.

Running the press gauntlet for “Ender’s Game,” Kingsley recently took some time to let the Belfast Telegraph know that he’s not done with the comic book work just yet. “It’s a secret Marvel project. I’m not allowed to say any more, you’re going to have to wait and see,” he said, and it appears that whatever it is, he’s already shot it. “I was with many members of the crew that were involved in ‘Iron Man 3.’ It was lovely to see them again. It was great to be with this wonderful family,” he added. Hmmmm…

Time to put on the speculation hats! It is an “Agent Carter” style one-off short? A cameo appearance in any number of the upcoming Marvel movies? We have to admit, this is one is certainly intriguing as we can’t really imagine where (fake) Mandarin could be dropped into the Marvel-verse, but then again, if Coulson can live, anything can happen. (Or maybe he’s going to pop up on “Agents Of S.H.I.E.L.D.”?)

And while the Marvel-verse guesswork never seems to end, Kevin Feige wants you to know that no matter what you hear about the movie possibilities down the line, nothing official will be revealed for a while yet. “I think it’ll be the middle of next year before we announce officially what the post-‘Ant-Man’ films will be,” he told Movies.com.