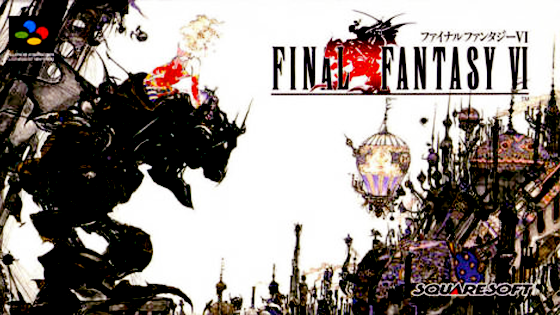 FFVI may be dropping on mobile platforms, but it isn’t going to be my fucking FFVI. Naw. Not at all. They’re casualizing (fuck you — it’s my own word) the entire fucking enterprise. Reducing grinding. Fucking assholes eliminating remnants of the good old days when you had to fucking earn your Ribbons. Kiss my ass, everyone involved.

An updated version of Final Fantasy VI will make its mobile debut on iOS and Android this year, according to Square Enix producer Takashi Tokita.

“The battle systems have been altered for the other [mobile remakes] for Final Fantasy andVI will be the same,” Tokita tells Kotaku. For instance grinding was an issue and people had to spend a lot of time leveling up. Now on the mobile devices the battle systems have been adjusted so you don’t have to fight as much and can enjoy the game for what it is.” Tokita says the graphics will get a touch-up for the mobile release.

Final Fantasy VI, which was originally launched in 1994 as Final Fantasy III in North America, takes place within a steampunk world that changes based on player choice. No pricing was mentioned for Final Fantasy VI on mobile but, if previous Square Enix games are any indication, it’ll fetch a tidy sum of Gil.