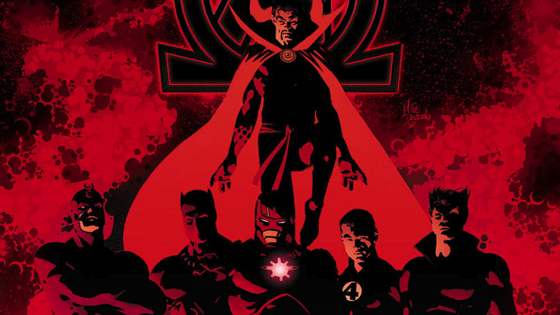 As I write this, it is very early morning, and the world is quiet.  The day’s caffeine long worn off, the exhilaration of the Breaking Bad marathon I’ve been in the middle off is the only thing that keeps me up this late.  Oh, and this column.  For those of you not in the know, this is the virtual campfire we comic-ingesting fangirls and boys gather round, debating and discussing, ranking and rating the best and brightest funnybooks to come out each week.  What has got you jazzed for Wednesday (the comic-nerd’s Holy day)?  Has DC’s Villain-palooza got you frothing?  Has the Marvel Event-festival torn your psyche and wallet in twain?  Have no clue what the fudgsicle even comes out this week???  Hit the jump and have all these questions answered, and more!

So for those of you following along with the Marvel event, this issue is concurrent with Avengers #19, and happens BEFORE Infinity #3 (also out this week)…so to avoid confusion, gander at the Illuniativengers FIRST.  I don’t know much about this issue, other than the “Incursions” (universe collisions that threaten to wipe out the 616…only to be stopped/delayed by the Illuminati wiping out OTHER universes) are happening again, right in the middle of Thanos’ siege of Earth.  Oy vey! 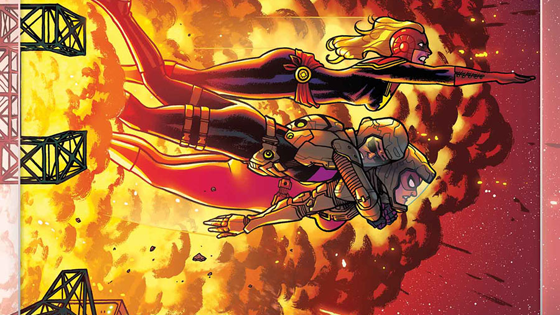 I snagged Captain Marvel #15 on a whim and was pleasantly surprised.  This book has gotten a huge following thanks in large part to writer Kelly Sue Deconnick’s great take on the Carol Danvers, and also to a pretty bold and iconic costume redesign by Jamie McKelvie.  Anywho, this issue (also before Infinity #3) helps us find out more about the Avengers B-teamers who were captured and interrogated by the Builders.  I’m really hoping Marvel will be showcasing the good Captain throughout the event, and in the future, as I think she shows great potential to be THE premier female super-heroine in comics. 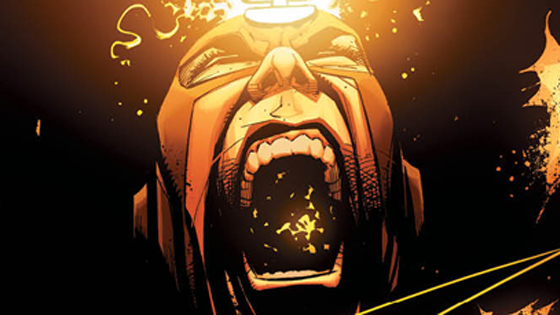 So apparently the fallout (I hate that we already kind of know what to expect AFTER the events…it REALLY lessens the impact of the reveals from events, and I’ve even been trying to stay away from spoilers) has much to do with the Inhumans and their role in the Marvel U.  As in, it will be greatly expanded.  I’ll be honest, I was never a big Inhumans fan.  I think by and large they are best as secondary characters (though I do enjoy the roles Medusa and Black Bolt have played in FF and New Avengers), but I can’t say I really have a problem with them being in the forefront.  Fraction is going to be helming the upcoming title, so on his merit alone I’ll be grabbing the first arc.  This issue is very Attilan (home of the Inhumans) heavy, and I can’t wait to see a showdown between Black Bolt and Thanos.  Oh, and the preview pages look killer.  Starlord’s dad is a grade A butt-hole, btw. 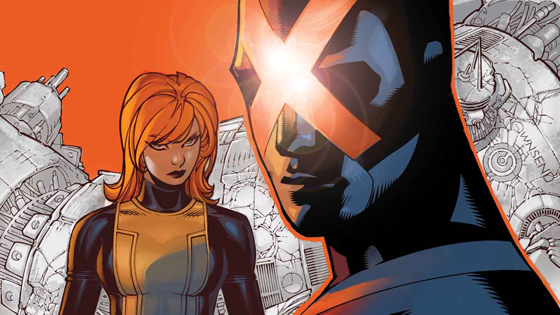 We need to talk about Cyclops’ headgear, ya’ll.  Am I the only one who finds it completely ridiculous looking?  It is visually arresting, to be sure, but I long for the days of the single visor, because now it doesn’t even look like his optic-shits is coming out of his eyes!  Maybe there’s an explanation for that that I missed, and one of the things that I really hate about LIKING Battle of the Atom is that I don’t follow any of the books regularly, and I feel like I’m missing out on some things.  My fault, to be sure, but I can only buy and read so many things, I’d often rather read NEW material than mutants duking it out over and over every week.  Again, this is no fault of Bendis, Aaron, and Wood…I’m really digging the story thus far.  Jean Grey/Phoenix is the preeminent Marvel super-female, and I’m glad to have her back (in whatever fashion).

YOU MEAN THERE ARE NON-EVENT BOOKS TOO?!?!! 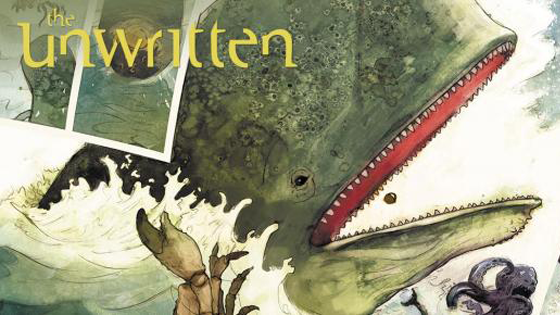 Unwritten, the regular series that this spin-off graphic novel originates from gets far too few accolades, here at OL and the comic world at large, often overshadowed by the similar (and IMO far more trite and inferior) book, Fables.  This novel focuses on the fictional Tommy Taylor (in Unwritten, Tommy Taylor exists both as a character in the “real” world, and as the protagonist in his father’s famous series of young adult fantasy novels), the young wizard and his two companions, Peter & Sue.  Combining the power of fiction on the human collective unconsciousness and the dark allure of celebrity, Unwritten is one of my very favorite books of the past few years. 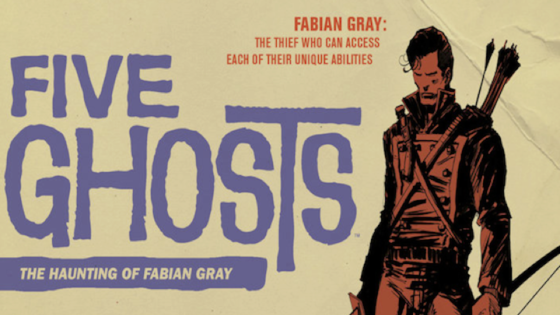 I gotta tell ya, folks, when I read the solicitation for this book in the listings for this week, I really felt like my Comic-Fu was slipping.  How had I not even HEARD of this fucking book before?  So this Fabian Gray guy is a thief who is violently inhabited by 5 of the coolest characters in all of literature (Robin Hood, Merlin, Sherlock Holmes, Miyamoto Musashi, and Dracula)…the book combines gothic horror, pulp adventure, detective stories, generally any genre that creative team Frank Barbiere and Chris Mooneyham feel like playing in is at their disposal.  Apparently it was an insanely popular Kickstarter book that did well at cons and was instantly snatched up by Image.  If you know my tastes, you’ll know that pulp genre books like this is right in my wheelhouse, ESPECIALLY those that get a helping hand from well-established literary icons.  I can’t wait to sink my teeth and eyeballs into this trade! 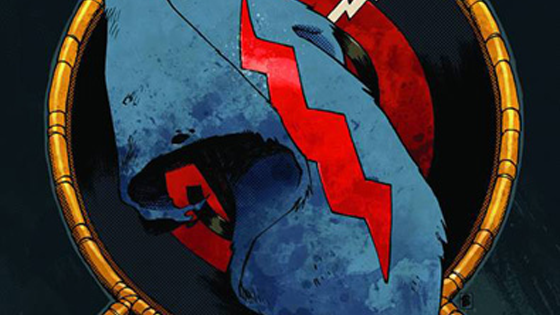 IDW really have a spectacular talent in Joe Hill.  I don’t know if the guy is “exclusive” to the company, but he seems to work only with them, and much of that output has been golden.  If you haven’t read Locke & Key it is one of THE greatest horror series I’ve ever read (caveat: I’m not a fan of the genre, so my experience with it is limited), and The Cape continues the blending of genres into horror.  In this case, superheroics – spcecifically, what happens when great power is granted to one who never took responsibility for anything, great or small?  Contained within is the two previously released Cape stories, as well as Joe Hill’s original prose story featuring “the Cape.”  I’m snagging this, fo sho.

That’s gonna do it for me this week…hit us up in the comments and share the love! 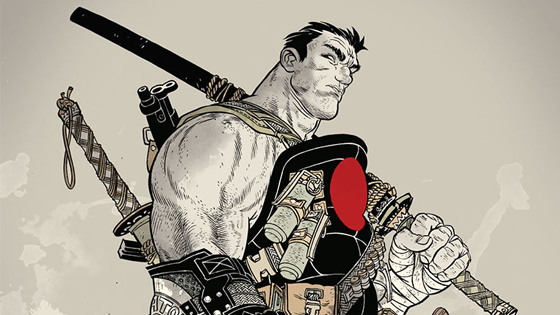 Gonna leave you with a little slice of Rafael Grampa love:  he does the ultra-rare variant to this week’s Bloodshot and Hard Corps #14 from Valiant.  Behold – Quasi-Asian Dutch Schaefer!