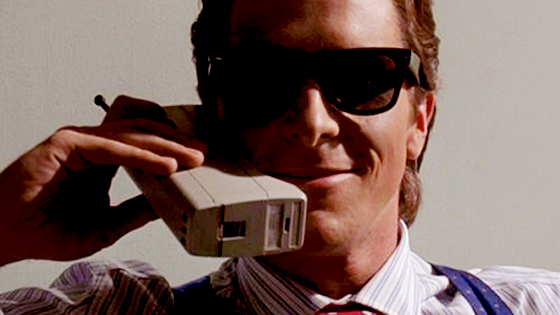 I just sort of feel like we’ve already done the whole Patrick Bateman thing on television through the lens of Dexter Morgan. I know that the metaphors aren’t the same (completely, or whatever), but I don’t really need to watch another soulless dude contemplate their own lack of humanity. Nihilism is exhausting and exhausted.

Back in December of 2011 it was announced that Noble Jones, a music video and commercial director, would be writing and directing a modern remake of “American Psycho,” based on the Bret Easton Ellis novel that was adapted once before by director Mary Harron (with a wonderful Christian Bale in the iconic lead role of ’80s psychopath Patrick Bateman). Well, those plans have seemingly faltered (despite an endorsement by Ellis himself) but Bateman will be back, only this time on television. FX is developing an “American Psycho” sequel series for prime time. Oh don’t worry, it gets even weirder.

The new series isn’t set in the ’80s like the original (the novel, published in 1991, was one of the seminal accounts of the decade, second only to probably Tom Wolfe’s “Bonfire of the Vanities”), but instead takes place in present day. Instead of just shifting the actions of the book to the here and now, they’ve decided to focus the show on an older Patrick Bateman (now in his fifties). Old Man Bateman, it seems, is training a protégé, according to the release “a next generation American Psycho.” Jeez.

“American Psycho,” the series, will be produced by Allison Shearmur and written by Stefan Jaworski, and while it could be cool, there is seemingly nothing to distinguish this from something like Showtime’s serial killer thriller “Dexter.” The emphasis seems to have shifted from the satire of the book and original film, to the murders themselves, which not only makes the killings more concrete (they were always left in a speculative no man’s land before, something Ellis recently said makes the material unadaptable) but makes the entire premise seem sort of boring. Plus, the last time the network adapted a movie we ended up with the Charlie Sheen-led “Anger Management,” for an amazing 100 episodes.