GEORGE R.R. MARTIN reveals what the IRON THRONE REALLY looks like in his DOME PIECE. 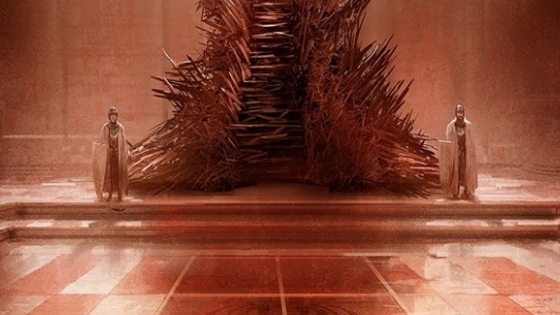 Completely impractical for television but none the less gorgeous, George R. R. Martin has revealed what the Iron Throne looks like in his sludgy dome piece. Impression? It’s fucking stunning.

On a show full of iconic props — the dragon eggs, the golden crown, the hand that was once attached to the Kingslayer, the arrows that struck Jon Snow in the back (hahaha), the loaf of bread in the shape of a direwolf — the most instantly recognizable sight on HBO’s Game of Thrones is that of the Iron Throne, which overlooks the aptly-titled Throne Room in the Red Keep, sticking out like a rotting, black tooth. It’s terrifying, in a boil-popping kind of way, but it could have been MORE terrifying if George R.R. Martin had his way.

The HBO throne has become iconic. And well it might. It’s a terrific design, and it has served the show very well…Everyone knows it. I love it. I have all those replicas right here, sitting on my shelves. And yet…it’s still not right. It’s not the Iron Throne I see when I’m working on The Winds of Winter. It’s not the Iron Throne I want my readers to see. The way the throne is described in the books.. HUGE, hulking, black and twisted, with the steep iron stairs in front, the high seat from which the king looks DOWN on everyone in the court…my throne is a hunched beast looming over the throne room, ugly and assymetric…

The HBO throne is none of those things. It’s big, yes, but not nearly as big as the one described in the novels. And for good reason. We have a huge throne room set in Belfast, but not nearly huge enough to hold the Iron Throne as I painted it. For that we’d need something much bigger, more like the interior of St. Paul’s Cathedral or Westminster Abbey, and no set has that much room. The Book Version of the Iron Throne would not even fit through the doors of the Paint Hall. (Via) 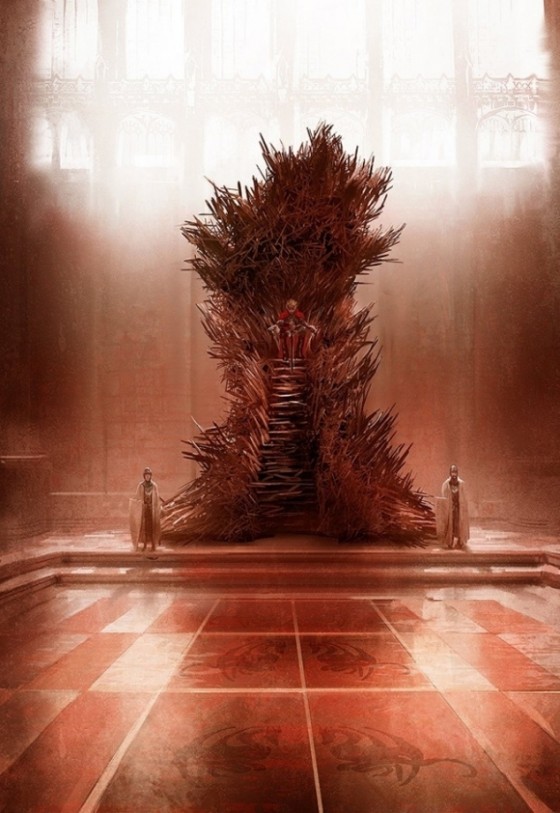