RICHARD MATHESON passes away at age 87. He Is Legend. 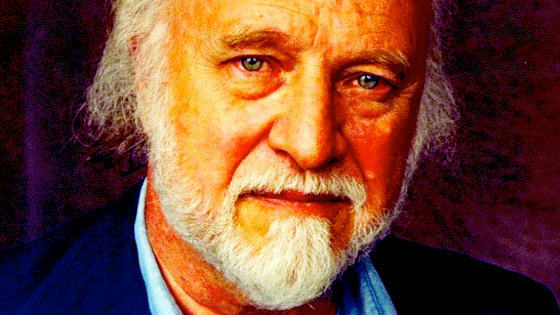 Richard Matheson has passed away. I’m not particularly familiar with his work. On a personal level, and shit. However, I do know that his contributions to horror and science-fiction have no doubt influenced a lot of the material I have enjoyed throughout the years.

It is ironic that one of the books author Richard Matheson, who has died at the age of 87 according to publisher Tor/Forge, is best known for is 1956′s The Shrinking Man. While that novel related the tale of a person diminishing away to virtually nothing, Matheson’s influence on the science fiction genre continues to grow more than a half century after the book’s publication. Just last week saw the release of World War Z, a film which owes a huge debt to George A. Romero’s classic 1968 film Night of the Living Dead and hence to Matheson’s similarly revered 1954 tome I Am Legend, to which Romero paid extremely generous homage in his film. Maybe too generous, according to Matheson himself. In 2007, the Allendale, N.J.-born writer told me with a chuckle about the time he met Romero for lunch. ”The first thing he said to me, putting his arms up as if I was abut to strike him, [was], ‘Didn’t make any money from Night of the Living Dead,’” Matheson recalled. “‘Homage’ means I get to steal you work. He’s a nice guy, though. I don’t harbor any animosity toward him.” (Romero later confirmed this story:  “I confessed to him that I basically ripped the idea off from I Am Legend. He forgave me because we didn’t make any money. He said, ‘Well, as long as you didn’t get rich, it’s okay.’”)

Tags: i am legend, night of the living dead, RICHARD MATHESON, So it goes, the shrinking man, Zombies