WANT TO GO TO MARS? There is a reality show for that. 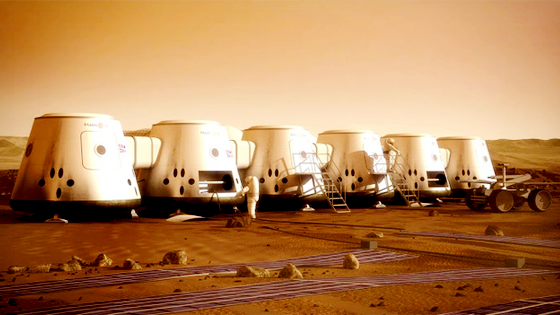 Not the first way I would suggest finding space-worthy folk. The Mars One program is searching for people willing to take the journey to the Red (Er, Pale?) Planet through a reality show. Yeah! Nothing like attention-seeking bandits to colonize Mars. Bradbury was right! Isn’t he always?

If you’ve been looking at NASA’s Curiosity rover with jealousy, there’s good news — the Mars One program is looking for a few good astronauts for a planned mission to the red planet in 2023. The project recently released its guidelines for potential applicants, and they’re pretty vague. So long as you’re over 18 and “have a deep sense of purpose” and “the capacity for self-reflection,” you have a shot. You’ll also need to be willing to dedicate eight years of your life to training for the journey. Mars One plans to start the selection process in the first half of this year and four applicants will ultimately be selected for the first mission.

The lucky quartet will be chosen both by Mars One “experts,” as well as via a “global, televised program” that the project says will play a large role in the decision. The show is expected to cover everything from the selection process to preparations to, eventually, landing and living on Mars. It’s an ambitious project to be sure, and Mars One plans to make its mark on the planet very soon — a series of eight robotic cargo missions will kick off in 2016 in order to build a human settlement. If you don’t make it as one of the lucky four, don’t worry, as additional groups are expected to be joining them every two years thereafter. Failing that, you could always buy a t-shirt.