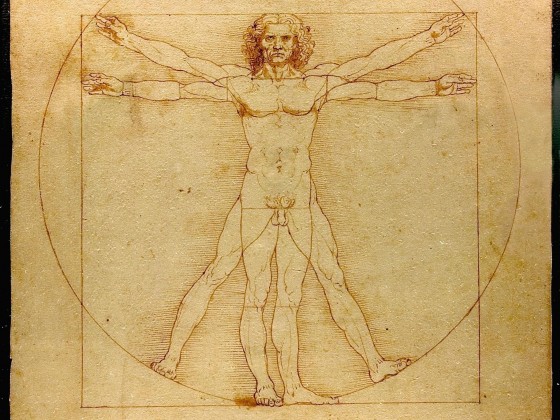 (Gentlemen of this Omega-Level circle: Before we count down to the inevitable ball-dropping that lies ahead of all our lives, let us first be resolved to kick off the new year the right way: by not letting the new year kick us down where it really counts, because when after all is said and done, and this beloved touchstone of yours truly is beheld and registered, we will assuredly have the drop on fate if we each hold dear to what is most true about ourselves.)

Every man has been there before: toppled over in anguish, made nauseous from a strange throbbing tinged by an existential crisis over his safety in this chaotic world. Left prostrate, the man can’t make any sense of it, his groans the primordial questions to the universe: Why does this have to hurt? Why do I have to suffer so much for something so absurd? And as the pain gradually fades away and the man tries to move on, the questions remain unanswered, the memory lodged in the back of his mind to feel out another day. It’s one of life’s greatest mysteries for mankind—getting hit in the nuts.

Shots to the groin don’t happen every day, but that doesn’t negate the brutal reality—nor does it ease the minds of men, for that matter—that life is a game of chance, especially when the family jewels are on the line. Through active to passive modes, from sports, sex, and war right down to simply sitting the wrong way, it’s always a veritable gamble when balls are so intricately connected to every aspect of man’s existence. The slings and arrows of outrageous fortune are often nothing more than meat-seeking missiles. And, as a result, targeted man, forever on guard, is forced to face up to the horrible paradox of living in an indifferent world seemingly determined to take down his peg. Thankfully, however, if man remains resolute, not only can he embrace his  life as richly deserved, he can also embrace his line-preserving balls as the centerpiece to his regal treasure.

But when the awful moment thrusts forth, when a hit hurls the senses beyond their normal limits, and once again ponderings pour out with the pain, coming to some understanding about the shot is vital to upholding man’s great progress in the world. Even during the darkest hour, it’s comforting knowing that assistance is not outside man’s grasp in this modern age, when he can find solutions in many fields of thought, such as history, medicine, philosophy, psychology, and even aerodynamics—all of which were expressly advanced to help man get through such a terrible tribulation (especially since leaving you and yours hanging in suspense without any support would be a extremely wretched posture). And by examining the ball shot more deeply, he can find the strength in himself to continue on from the painful event with the same unbridled dignity that had gone on before. 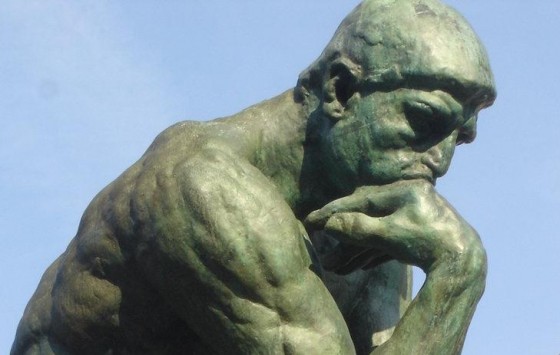 Since the severity of shots varies depending entirely on its directness, subdivisions are needed to proceed. There are two main types of testicular strikes: the direct hit and the grazed blow. The direct hit, though the rarer form, is one that man is much more accustomed to handling. He takes the shot, it hurts outright, but he’s able to get over it soon afterwards because it manifests more as a stinging pain, a condition that he has experienced beforehand when hit in less central areas of his body (and more often, as well). And because he can overcome this direct hit, man’s confidence has the same rising trajectory his body has as he gets up because he can take it all in relative stride.  Not even a direct hit can bring him down for long, so man takes pride in his ability to bounce back from these ball strikes.

The grazed blow, on the other hand, is much more hazardous to man’s well-being. A simple ball tap to the side might not appear to be debilitating, but it is precisely because of its indirectness that it becomes so shocking to the mind and body alike. When the point of impact is inexact, the overall hit-zone to the balls is enlarged. Consequently, when he’s first struck, man thinks it’s a close call, a weak strike that could’ve been far worse if it hadn’t been for his innate dexterity. But after a few moments, when man tries to reclaim his brave demeanor, he’s slowly taken aback by a swelling sensation that surely gives over to nausea and disgust. The man is invariably struck down by the blow and, as he falters, he can’t help but agonize over how the grazing could possibly be so hurtful—far more damaging than the direct hit. Shaken, he begins to doubt his strength, his tolerance for pain. And man’s confidence takes the hit as much as his body.

Although the grazed blow remains a startling wonder, one that is difficult to comprehend when taken alone, the most suitable comparison to shed light on this testicular phenomenon is the sinking of the RMS Titanic. Once titled the ship that “not even God Himself could sink,” the Titanic met its unfortunate end when it struck an iceberg during its maiden voyage, dooming over fifteen hundred passengers, workers, and other able seamen. Undoubtedly, any iceberg strike would have been destructive enough, but what made it really catastrophic was how the ship was struck: Instead of getting directly hit by the iceberg, the Titanic was scraped along its side as the ship’s pilot tried to maneuver. Even though it initially appeared that the ship had been saved, the indirect hit, in actuality, had expanded the damage across its length, making it all the more disastrous because the scraped side took on more water than a direct collision would have. And as the Titanic went down in the night, lost forever in the ocean’s abyss, it became abundantly clear that the ship was in fact not as unsinkable as once believed.

Brothers, do not let the Titanic’s tragic end sully the spirits of mankind. In this rare case, we can actually learn something, for just as its sinking works as a point of comparison for our daily plight, it also works as a point of departure for every bold man in the world who remembers the comparison in times of trouble. With this awareness of an epic precedent of grazed blows going forward, man can take solace in the fact that he is not only similar to the sunken colossal vessel, but better, because he can rise up from the blow and, in doing so, retrieve his lost sense of importance from the depths of his own despair. Man can take the blow on in stride—indirect and direct hit be damned. Man can walk the earth knowing that he can triumph over anything that life throws at him and his nuts, his regal treasure uncracked. Man can ultimately become what he’s always wanted to be: the king of the world. 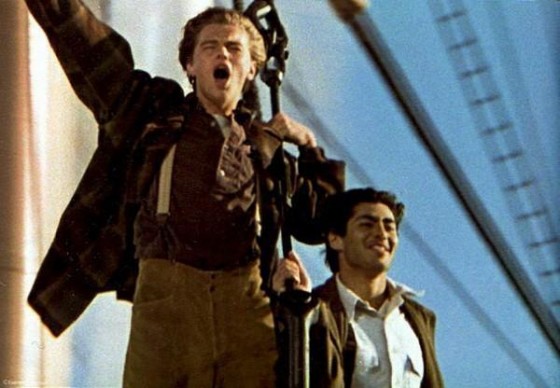