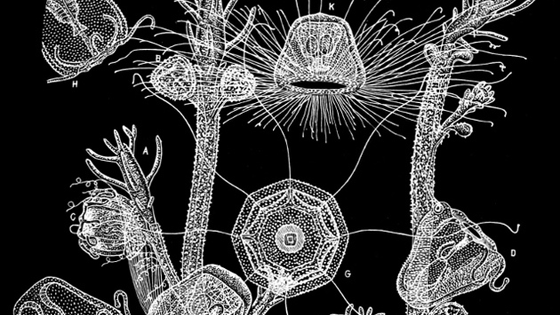 My girlfriend works in biotechnology, and has an understanding about these sorts of topics. Due to this, she cuts deep, contemptuous farts on these sorts of stories. Without hesitation, she will proceed to tell me how the study isn’t conclusive. How it is just something people are hypothesizing on. I weep. Just let me have this sort of pointless pontificating. I need to believe the possibility that my hefty testicles will thwart prostate cancer, living to be a colonizer of Mars.

Nathaniel Rich on the so-called “immortal jellyfish,” Turritopsis dohrnii: “[It] seems able to survive, and proliferate, in every ocean in the world. It is possible to imagine a distant future in which most other species of life are extinct but the ocean will consist overwhelmingly of immortal jellyfish, a great gelatin consciousness everlasting.”

By studying microRNAs, “tiny strands of genetic material that regulate gene expression” in the jellyfish, could scientists unlock a new approach to treating cancer?

“There’s a shocking amount of genetic similarity between jellyfish and human beings,” molecular paleobiologist Kevin J. Peterson says in Rich’s the New York Times Magazine feature. “If I studied cancer, the last thing I would study is cancer, if you take my point. I would not be studying thyroid tumors in mice. I’d be working on hydra.”

Read the full piece. (thanks, @rddmrdr)