‘GANGNAM STYLE’ is most viewed YouTube video ever. Now let it die. 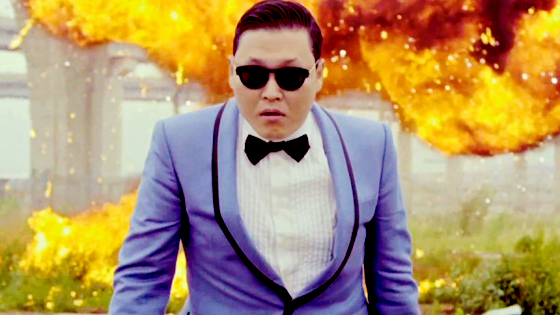 There can’t be anyone who hasn’t seen “Gangnam Style” at this point, nor do I hope is there anyone who actually enjoys the meme-turned-cultural-cock-wart any longer. Even though the jam makes me want to cut my eyes out, I find the fact that it was such a phenomenon to be interesting. What was seemingly esoteric Internet nonsense spread across the body of the Modern Pop Psyche in ways I never would have imagined. This can only mean one thing. Our consciousness is plummeting into the future William Gibson foresaw.

Gangnam Style,” the cult hit by Korean hip-hop star Psy, has become the most viewed YouTube video of all time, beating the previous record-holder, Justin Bieber’s “Baby.” At the time of writing, the video — which was uploaded in mid-July — has over 803,760,000 views, beating Bieber by more than 30,000. It also remains the site’s most liked video, having won this accolade in September.

As well as a boost for Psy, taking the top spot is a victory for his record company, YG Entertainment. While every other video in the top six is hosted by content marketing firm Vevo, “Gangnam Style” is hosted on Psy’s own “officialpsy” channel, run by YG. Whether the company will be able to harness their star asset’s newfound popularity to prevent him becoming an international one-hit wonder remains to be seen.