Boeing has new missile that DISABLES COMPUTERS as it flies by. Haunting ++ 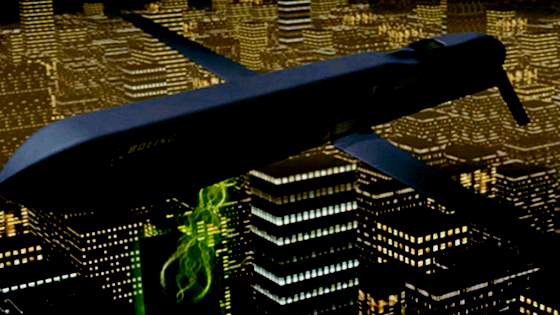 G’damn! Imagine if we put half the imagination as a people into advancing our species as we did designing new ways to eradicate? I imagine I’d be typing this on my holo-sight while drinking some Diet Dew and eating calorie-free pizza on Mars.

This is CHAMP: Boeing’s new missile otherwise known as the Counter-electronics High-powered Microwave Advanced Missile Project. It automatically disables PCs and other electronic devices as it soars through the skies, using a burst of powerful radio waves—and it was successfully tested last week.

The CHAMP tests took place in the Western Utah Desert on October 16th. As it flew by a two-story building, its on-board microwave system shut down every piece of electronic equipment running inside the place. In fact, the test went so well that it disabled all the cameras recording the event, too. Oops. CHAMP program manager Keith Coleman seems positive about the tests:

“This technology marks a new era in modern-day warfare. In the near future, this technology may be used to render an enemy’s electronic and data systems useless even before the first troops or aircraft arrive…. [W]e made science fiction science fact.”

Right on, brother. It does, however, remain unclear when—or if—it will ever see defense deployment. But as non-lethal warfare goes, crippling a country’s electronic infrastructure sure seems like a good route to take. [Boeing via Verge]