Head of HOMELAND SECURITY stays safe by…not using email. There is always that. 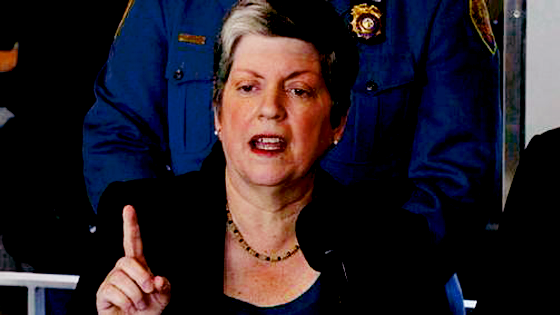 Here’s a brilliant way to keep your email secure. Don’t fucking use any! Goddamn. Why didn’t I think of that? I imagine it’d be harder to pull off if I was the head of something, though. If I had to run something enormous. Maybe a bloated off-shoot of the military industrial complex. Like, oh, shit, Homeland Security! I mean, I couldn’t possibly stay in contact with people without it. It’d be impossible. Right?

If you’re super concerned about cybersecurity and keeping your information and personal rendezvous private, there are plenty of measures you can take. If you’re super hardcore, you can do the same thing Department of Homeland Security Secretary Janet Napolitano does: just don’t use email.

During a cybersecurity conference on Friday, Napolitano said that she doesn’t have any of her own email accounts, also mentioning that that makes her “very secure.” She explained that the lack of accounts is “for a whole host of reasons,” but you have to imagine at least one of this is to avoid the irony of having her own account hacked, although she’s achieving that through abstinence instead of protection.

Of course, the fact that she does not use email—arguably one of the most revolutionary advances in written communication—despite being involved in matters of national cybersecurity just creates a slightly different planet-sized mass of irony. As crazy as it may be, her email account won’t be getting hacked, even though it is on a wild technicality