Archives
« New ‘HULK’ standalone flick wouldn’t be until after ‘AVENGERS 2′, plus ‘AVENGERS 3′ teaser?
MINIMALIST ‘BORDERLANDS 2’ posters bring the sexy to your loot fest. »

AT&T awards 11-year-old with $20k for anti-texting while driving app. The kid will just spend it on gumballs! 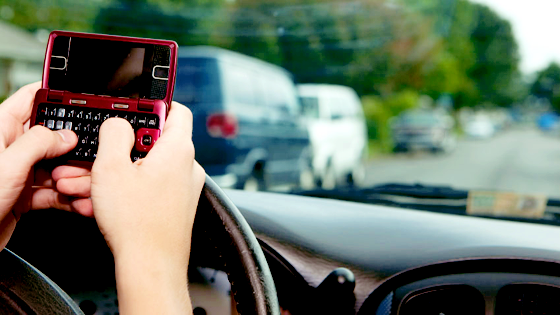 Texting while driving isn’t cool, and I haven’t done it in a long, long time. You say that’s because my phone has been broken? I say fuck you! AT&T concurs with this general sentiment, and they’ve awarded a fine young lass a considerable amount of money for an app she designed.

AT&T has awarded an 11-year-old girl with $20,000 after she created a concept for a mobile app designed to discourage texting while driving. The prize money was the result of winning a hackathon held in August, aimed at drumming up awareness for the “It Can Wait” campaign. Victoria Walker worked with designer David Grau to come up with Rode Dog. Any users of the app can be placed into “packs,” with other members of the pack able to check if anyone is texting while driving — if they are, barking sounds can be sent remotely to the offending user until they stop. The duo are hoping to bring the app to iOS, Android, and Windows Phone later this year, with the prize money going to further developing the app with ideas such as in-app purchases for extra alert sounds.

This isn’t the first time AT&T has utilized apps to curb texting while driving: the carrier’s DriveMode app for Android and BlackBerry temporarily disables functions such as calling and texting while on the road. The company has also been toying with the idea of a driver safety app that could remotely block calls and texting on a family member’s device while also keeping track of any dangerous maneuvers, but there’s no word on when AT&T plans to bring it to market.