Welcome to Press Start! You know the drill: I regurgitate stories that I hope you haven’t already read whilst I simultaneously resist the urge to talk about my junk and flog myself for being such a hack. Join me. Oh, it’s about video games, I mentioned that, right?

I’m starting to worry that the only thing that excites me now is the newest PC gaming mod. What’s wrong with me? I don’t even download any of them; I just longingly marvel at humanity’s creativity, or at least our ability to crowbar elements of one popular franchise into another. Case in point: the Back to The Future Delorean in GTA IV.

Be warned: this shameless piece of fan service also includes a Marty McFly character skin and functioning Flux Capacitor. Basically, this works exactly as you would wish, assuming you simply just want to travel to different parts of the same year. It’s sort of like diet time travel, which, will have to do for now, but it does confuse dumb AI cops. 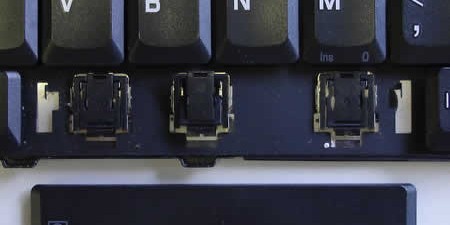 No spacebar is safe from man on the edge

We all know that feeling. When every event just feels like it’s another lead pipe on your aching back and I swear man, just push me, I’m about to go off. Like that. Something even as trivial as a clicking space bar becomes a deafening form of torture until your unnamed Chinese hero saves the day. Steal the space bars. It’s so simple.

Recently, a Chinese internet café has seen a whole batch of missing space bars being returned to them, after they were stolen over a year ago by our anonymous vigilante. The story has spread across Chinese gaming messageboards, giving the tale almost urban legend status and the kind of thing that crops up in sub-par gaming columns all over the internet.

Am I building this man up a little too much? Is it just me here who hates the sound of clicking space bars and now idolizes this man as a crusader for all that is true and just? Sure, he claims it was simply the excessive noise caused by users playing online rhythm game Audition Dance Battle Online. But I know what he truly stands for. He is a hero for the ages. God speed. 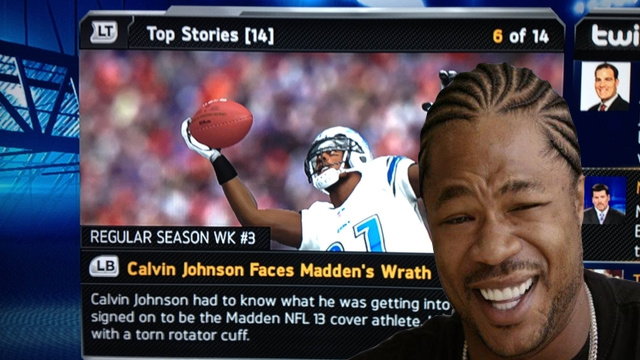 Shit, I bet someone already made that joke. I hate myself. Still, let’s press on.

The Madden Curse, commonly referring to crappy luck befalling players after signing to be the game’s cover athelete, has now come full-circle by appearing in Madden 13’s in-game news feed. Whoa, dude. Matrixinception. Right now, all over the globe, bros heads are exploding and they too are crudely using outdated meme-culture references to ham-fistedly express themselves. Whoa, I think I just Inceptioned myself. Like, whoa.

If you ask me, this is dangerous territory. Fate has seen fit to curse these athletes, for one reason or another. Now EA is messing with dark powers; attempting to make light of their decisions and brush it off as the kind of superstition that is ripe for self-aware humor. Do not taunt the gods, EA, you will regret it. 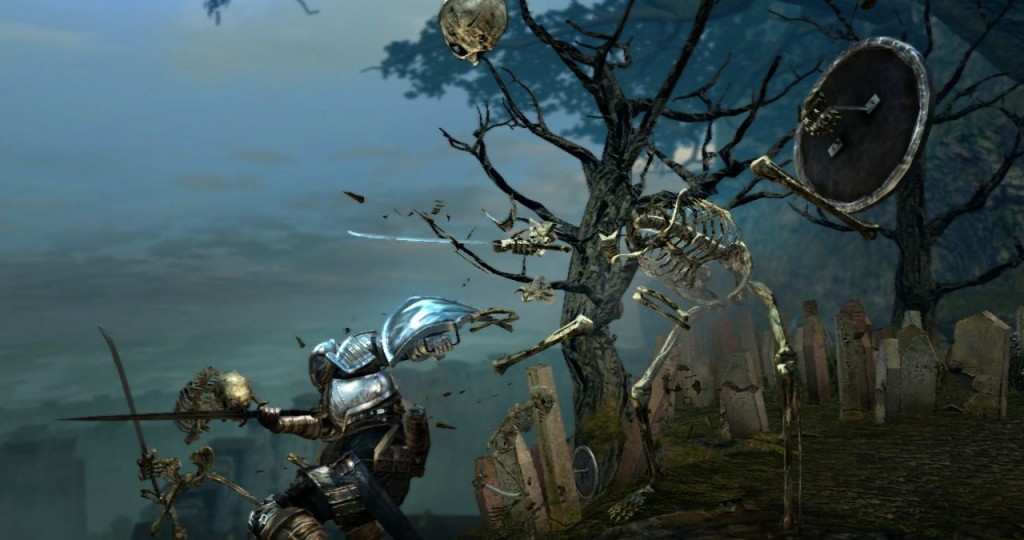 Doing absolutely nothing to dissuade my affection for the PC modding community is this dude: NeoGAF user Durante. When releasing Dark Souls on the PC last week, From Software acknowledged that it would come with known resolution issues and they cackled maniacally and rubbed their hands at the thought of poor PC gamers having to suffer through it. Perhaps I’m taking a bit of creative licence there, but they still made no effort to fix it. In steps Durante, who wasn’t taking this shit lying down. He spent the whole week leading up to the release creating a patch to fix the issue, in his spare time. Why did he do it? Because he could and he dares to care. Within 23 minutes of the game’s release, the patch was optimised and released online.

Now that’s a hero. I’m crushing so hard on Durante right now that I want him to just pump me full of his sexy data. Damn. Check out the before and after shots for further proof of his sexiness. 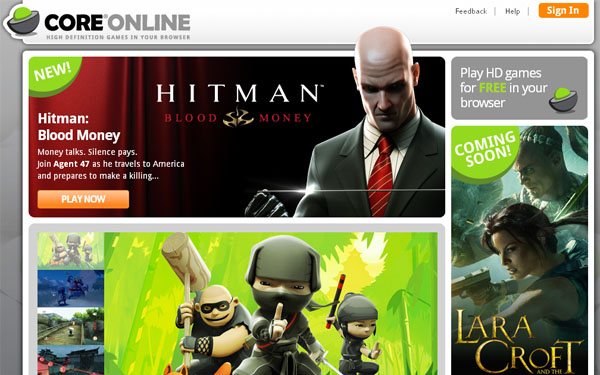 There’s no such thing as a free game

Square Enix have announced their new free-to-play service, Core Online. The service allows players to indulge in some older titles for the low, low price of simply having to endure adverts every 10-20 minutes. Square Enix now boasts a back catalogue consisting of the Tomb Raider, Final Fantasy and Hitman series’ – all of which may soon be available for direct retina scarring via your browser.

I hate adverts. I’ve gotten so used to only watching TV on demand, or not at all, that tolerating adverts is something that I’ve conditioned myself out of. I’m not quite sure how bearable an uncontrollable minute-long break would actually be when playing a game; but it does give me flashbacks to flipping out at my mother disturbing me during some pretty hardcore Starfox sessions. Still, if you don’t/can’t own the games; I’m sure you’d be willing to take one for the team; team you, that is. Mini Ninjas is fun, too. Trust me.