Archives
« ‘BORDERLANDS 2’ Mechromancer is for people who suck at shooters. Sign me up.
OL Store: When will then be now? Soon. »

RoboCop is fighting AL QAEDA in the remake. Hilariously dumb. 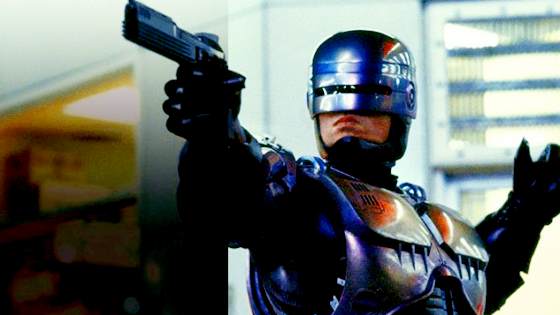 RoboCop is going to fight terrorists in his upcoming remake. File this under the pantheon of dumb ideas that manifest themselves in reboots. Let RoboCop shoot some errant perps, posture a lot, and quip like a motherfucker. Don’t get him involved in an asinine plot point that wore out its jingoist welcome a solid seven years ago.

So guess what folks, apparently Jose Padilha‘s “RoboCop” will be worse than Len Wiseman‘s “Total Recall.” At least that’s according to Drew McWeeny at HitFix, who got his hands on the script for the upcoming remake, and hit Twitter as he flipped the pages and pretty much got an online ulcer with each passing moment, sharing his reactions with the interwebs. However, parsing through his comments, it seems the movie is doing all the same social commentary stuff of Paul Verhoeven‘s original (though it seems a bit more meta) with some interesting updates.

The guys over at Bleeding Cool have rounded up McWeeny’s musings, and perhaps the most interesting tidbit involves the development of the suit. Yea, audiences will see Alex Murphy in the original metal outfit, but when it’s taken to a focus group of criminals, they laugh saying, “He looks like a toy from the ’80s!”  Anway, the suit is upgraded with 2.0 being outsourced to China (ha ha), and progress continues with 3.0 being built, and then deployed “onto an Al Queda training camp to see what he does.” And that’s not all, as we’ll see a sequence with the ED-209s being used in Iran to stop suicide bombers.

But perhaps most intriguing of the draft McWeeny read, are the references to the development of the movie itself. “He should be programmed to incapacitate in all scenarios,” “Agreed. Let’s keep him PG-13, Dr. Norton” goes one exchange. Meanwhile, another scene ends with: “David sits, catatonic, looks at the TV — MGM REMAKE TBD.” And yes, in case you were wondering, the original movie poster tagline (“Part Machine. Part Man. All Cop.”) is referenced as well.

But what earned the most ire from McWeeny is that RoboCop is now a “Transformer,” being able to transition between “social mode” and “combat mode.” We’re not sure why this a big problem, but whatever, we’re willing to roll with it.