Marc Webb’s return to direct second ‘SPIDER-MAN’ is a tangled web. Get it? Web? 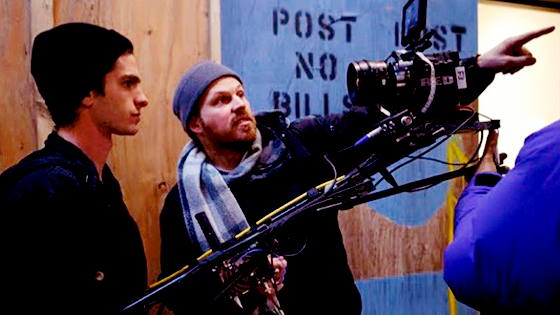 I dug Marc Webb’s riff on Spider-Man, even if the storyline was a cavalcade of mess, wrapped in an entirely gutted plot point. I’d love to see the dude return, and it turns out so would Sony. Shit is just a bit complicated.

Webb’s return is looking likely, which wasn’t always the case, but there’s one thing to iron out first.

The LA Times says that Columbia and Sony want Webb to return, but (as mentioned last time this subject came up) there’s a sticking point. Webb has a deal to make a movie for Fox Searchlight, and that deal was in place before he signed to make the Spider-Man film that hit this summer. Sony execs want him to do another Spidey, and he reportedly wants to do it. But will Fox allow it?

The situation seems to be this: Webb might be allowed to put off his commitment to Fox for a while longer, but the trade-off would be that he would then owe the studio two films rather than one.

The LA Times spins this situation as one in which Webb has to make a choice: keep Spider-Man but accept being locked into a two-picture deal with Fox Searchlight as part of that option, or leave Spider-Man behind and keep some freedom to choose where he’ll make at least one of his next couple films.

It probably isn’t quite that simple, especially since a two-picture deal with Fox Searchlight is something many other directors would love to have. And there’s always the question of whether this might be a power play on one side or the other — does Fox Searchlight really want him making movies there, or do they just want it to be harder for him to make movies everywhere else?

And for what it’s worth, with respect to the actual story content of the next Spidey film, the LAT says that ”the idea would be for Webb to continue to build the world, Nolan style,” with Alex Kurzman and Roberto Orci working with Webb and The Amazing Spider-Man screenwriter James Vanderbilt. And while this might not happen, the idea is floated that the sequel could actually tell some of the “untold story” of Peter’s parents and background that had to be cut from this year’s movie.

How about you? Do you care if the good sir returns?