THIRD ‘HOBBIT’ MOVIE confirmed for 2014. Like six or seven people are really enthused. 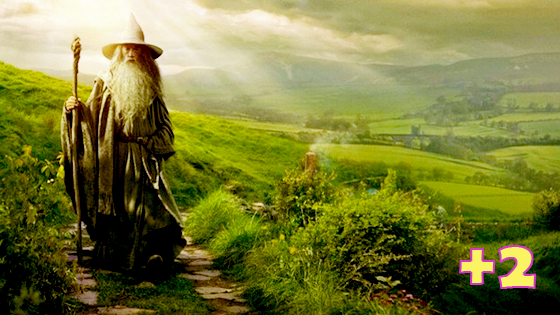 Stretch it out and make a million, zillion dollars! Yeehaw. That has to be what the Hive-Mind Business Executives are thinking now that they’ve greenlighted Peter Jackson’s creamy-pants desire to mistakenly stretch out The Hobbit into three films. You know, the same amount of movies the entire Lord of the Rings trilogy spanned.

Get your wallets out kids, because after hints at Comic-Con and reports emerging last week that serious talks were underway between Peter Jackson and Warner Bros., it looks like Middle Earth is going to be up on the big screen for the next three years. That’s right, “The Hobbit: Subtitle To Be Determind Later” (aka Part 3) is gonna happen. Here’s what Jackson had to say on Facebook:

It is only at the end of a shoot that you finally get the chance to sit down and have a look at the film you have made. Recently Fran, Phil and I did just this when we watched for the first time an early cut of the first movie – and a large chunk of the second. We were really pleased with the way the story was coming together, in particular, the strength of the characters and the cast who have brought them to life. All of which gave rise to a simple question: do we take this chance to tell more of the tale? And the answer from our perspective as the filmmakers, and as fans, was an unreserved ‘yes.’

We know how much of the story of Bilbo Baggins, the Wizard Gandalf, the Dwarves of Erebor, the rise of the Necromancer, and the Battle of Dol Guldur will remain untold if we do not take this chance. The richness of the story of The Hobbit, as well as some of the related material in the appendices of The Lord of the Rings, allows us to tell the full story of the adventures of Bilbo Baggins and the part he played in the sometimes dangerous, but at all times exciting, history of Middle-earth.

So, without further ado and on behalf of New Line Cinema, Warner Bros. Pictures, Metro-Goldwyn-Mayer, Wingnut Films, and the entire cast and crew of “The Hobbit” films, I’d like to announce that two films will become three.

It has been an unexpected journey indeed, and in the words of Professor Tolkien himself, “a tale that grew in the telling.”

Clearly, Jackson didn’t read our open letter on the subject, but suffice to say, we’d rather seen him to do anything else than this. Official details are likely a bit further down the line, but Jackson has already said there is more material he wants to adapt. “We also have the rights to use this 125 pages of additional notes where Tolkien expanded the world of ‘The Hobbit’…Fran [Walsh] and I have been talking to the studio about other things we haven’t been able to shoot and seeing if we persuade them to do a few more weeks of shooting, probably more than a few weeks actually, next year. And what form that would actually end up taking, well the discussions are pretty early…” he said at Comic-Con, adding: “There’s other parts of the story that we’d like to tell that we haven’t been able to tell yet.”

Previous reports have suggested two months of shooting are being planned for next summer, though principal cast were not optioned for a third movie, and new deals will have to be struck for anyone returning. Meanwhile, the trades add that a summer 2014 release has been pegged (meaning the last chapter will come less than a year after “The Hobbit: There And Back Again”) and as for a title? Nothing yet, but recently domain name registrations (via /Film) suggest “The Hobbit: The Desolation of Smaug” and “The Hobbit: Riddles in the Dark” could be in the mix.

I think this is ludicrous. What do you think?