Archives
« Japan Aiming For Self-Driving Cars In Next Ten Years. No Word On Jet Packs.
$1,238,099.99 VIDEO GAME AUCTION Dares You To Up Your Game » 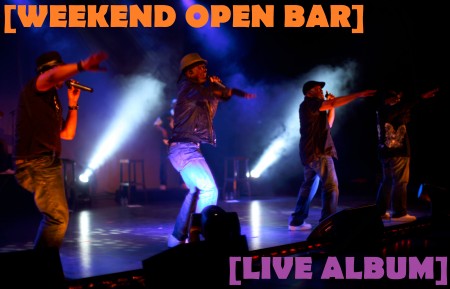 There ain’t nothin’ on this planet like live music.

We create as many venues for musical performances as possible, from drug-fueled festivals to cozy coffee shops. When was the last time you watched a late-nite talk show that didn’t feature some sort of live musicianship? Hell, one of the annual highlights of the Superbowl – a sporting event – is the musical halftime show.

It’s hard not to be affected by musicians who’re willing to wear their hearts on their sleeves in front of a live audience.

Some argue that concerts are magical simply because they’re ephemeral. There might be something to this notion, as the performances infiltrate our memory-banks and eventually germinate into the stuff of legends. However, there’re also no shortage of concerts that’ve been documented and still manage to entertain, awe, and inspire.

What we’re talkin’ `bout, of course, are live albums.

So what’s your favorite live album? Is it a classic like Frampton Comes Alive? Maybe a hidden gem like Iron Maiden’s Rock in Rio? Tell us which concert album (or DVD!) gets your toes-tappin’! 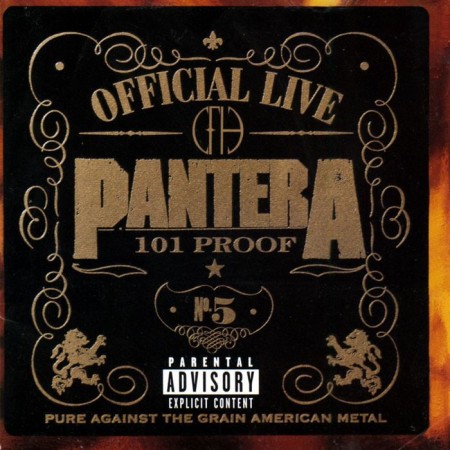 While there’re a number of live albums in my collection, my all-time favorite has to be Official Live: 101 Proof by the almighty Pantera.

101 Proof is everything that a live album should dream of being. The setlist runs the gamut, highlighting tracks from the previous four studio albums, thereby pleasing old fans while giving new ones a representative sample. Additionally, some of the songs have been reworked just enough to keep things lively, such as when the band throws in teaser riffs (Cat Scratch Fever comes to mind) or combines sections from different tunes (Dom/Hollow). Lastly, Pantera includes two new tracks at the album’s conclusion, making it a worthwhile purchase even for those who’re uninterested in live albums.

Song-choice aside, 101 Proof really shines because of each musician’s performance. Vinnie Paul’s drums and Rex’s basslines lock in perfectly to provide the groovin’ rhythm section that many believe pushed Pantera to mythic status. Dimebag’s guitar-slingin’ is masterful, whether conjurin’ up melodic solos or chainsaw-chuggin’, bringing to mind the concert recordings of other fallen axemen. And Phil Anselmo’s vocals are alternately harrowing and humorous, as the singer screams his heart out during the songs but also does some absolutely hilarious crowd work.