CYBERPUNK ‘STAR WARS TOYS’ We Can Only Wish Were Real 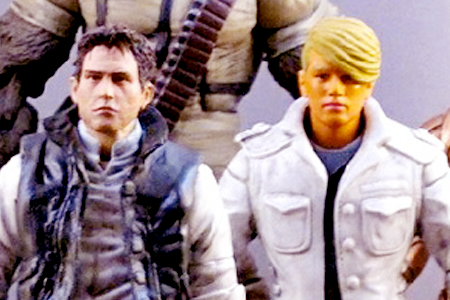 Hell yeah, cyberpunk Star Wars toys. Check out these mad creations from the mind of Sillof , who clearly realizes that the only thing better than a galaxy far, far, away is that galaxy being decked in data-rot.

Action figure maven Sillof has given the Galaxy Far, Far Away steampunk and Western treatments. Now, he’s tossed the cast of the original trilogy in the Cyberpunk Nineties.

In this never-was era, Luna and Link Sourcecoder wage an information war against the tentacle-caped Darth Vector with the aid of veteran hackers Hak Slicer, Cyberhacka, and utopian tech guru Zen. Seeing these figures makes me wish he built a Jabba the Hutt as the bloodthirsty CEO of a pizza delivery franchise. Explains Sillof of these groovy custom figurines:

This line was actually one of the first redesign idea I had almost 15 years ago, in the 99, when I first started to redesign characters. The line is intended to have a 90s scifi aesthetic. It has some elements of Cyberpunk, The Matrix, Akira, Ghost in the Shell, etc. I envisioned the movie as a struggle by a group of rebel hackers struggling to break free from the oppressive system of control by a mega technological corporation that controlled all aspects of society. 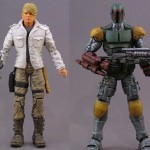 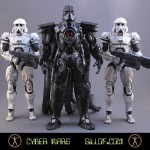 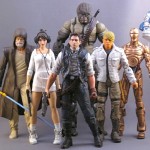