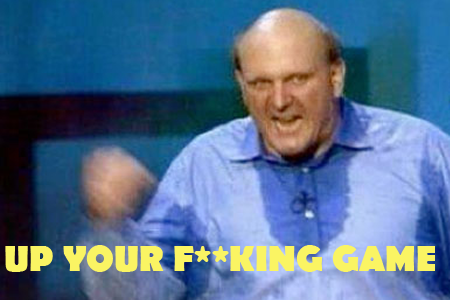 How is this for zippiness. Windows 8 was starting so quickly that the gurus down in the center of Microsoft’s palace in Hell had to add a new set of options for a boot screen.

Windows 8 boots so blisteringly fast that it theoretically gives you only 200 milliseconds to access the boot menu. Fortunately, Microsoft has gone to the trouble of designing a whole new Boot Options menu so you don’t have to punch F8 like a crazy person.

You see, an SSD-equipped PC will only take 7 second to boot Windows 8, start to finish. Microsoft’s solution to the limited time available to access the boot menu is… to junk the option altogether. In other words, you’ll lose the ability to alter boot settings before the OS has loaded entirely. Wahhh!

But don’t worry, there’s good news. Instead of the old-skool BIOS screen, once you’re into Windows 8 there will be a whole new Advanced Startup section, from which you’ll be able to boot from different devices, into a different operating system, or otherwise generally fiddle with all the same old settings you’re used to using.

And if you’re worrying about what will happen on that day–and God knows, it will come–that Windows won’t boot properly, don’t. The same menu will load as a stand-alone unit if Windows realizes that it can’t launch properly.

It should be noted that this will only apply to new computers with UEFI BIOS–so any pre-Windows 8 hardware will work in the exact same way as you’re currently using it. And yes, that means you have 200 millisecond to hit F8 if you’re SSD-equipped. Good luck!

This is me appreciatively stroking my SSD. Lovingly.