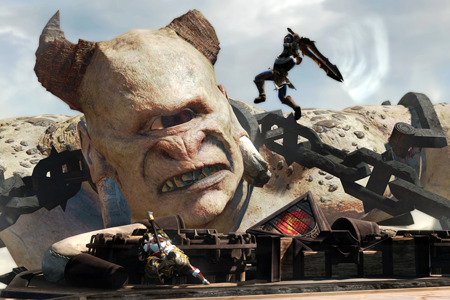 God of War: Ascension – Kratos Fucks People To Death With Knives  is going to have a multiplayer mode. This confirms for the series the last artifact of our current gaming generations’ nonsense that hadn’t been ingested into its dense, brooding soul.

Details, videos, and pictures after the jump.

God of War: Ascension shows the struggle between Sparta and Troy as they fight for the favor of the Gods. Chained-up and angry, Polyphemus attacks the warring armies, who battle for control of points on the map. Contested zones are home to mechanical gears that control the binds to the grand one-eyed man, who’s so giant that only his face and arms appear on the edge of the areas.

The purpose this four-on-four multiplayer mode, which Game Director Todd Papy tells me is called “Execution,” is to take control of the map in order to earn rewards from the gods, so that one team can dispatch Polyphemus.

After capturing multiple gears on the map that control Polyphemus’s chains, the gods award the Spartan soldiers with the Spear of Olympus, giving them the power needed to dispatch the behemoth.

The mode fluctuates from attack and defend, forcing Sparta to hold the points from Troy as they attempt to destroy Polyphemus. If Troy regains control of the areas, Polyphemus resets his original position and the fickle Zeus takes the Spear away. “When you think about gods, in particular in Greek mythology, they’re always messing with the mortals,” Papy tells me, explaining that teams will fall out of favor with the gods quickly if they cannot maintain control.

It’s unclear what other modes will be made available, but Papy notes that the God of War engine is now retooled to feature eight-player multiplayer, opening the door to possibilities never before seen in the series. Each character is built on the animation rig established for Kratos, Papy says, explaining why there are no female characters available in Ascension. Female characters just look strange with that rig, he claims, laughing.

Battles have the same visual flair of any of Kratos’ adventures, and seem more brutal than ever. Battling characters are sliced in half, guts pour out of their wounds, and blood paints the canyon battlefield.

Customization is a major focus in Ascension, Papy tells me. When the multiplayer mode begins, players go through trials as a tutorial and face off against an enemy they have no chance of defeating. In order to gain victory, players must sell their champion’s soul to one of four gods: Zeus, Hades, Ares, or Poseidon. This decision allows players to try out different weapons, armor sets, and perks, inspired by the god of their choice.

“Once you chose your allegiance, you can customize how you want to look,” Papy explains. “There’s actually six different places you can customize your armor: boots, skirts, gauntlets, chest piece, shoulder piece, and helmet. You can do what you want.” Like other persistent character multiplayer titles, Ascension allows Champions to evolve with new items, looks, and even specials and combos over time, each with a tilt based on the god selected for your character.

Papy said his team didn’t want to include Kratos or other known gods in the multiplayer mode to avoid situations where everyone selects the same character. “I don’t want red Kratos, blue Kratos, yellow Kratos, that sort of thing. That’s not interesting,” Papy says. Selecting known gods also sets aside any availability for customization, forcing players to fit their play styles for established roles rather than carve out the hero they want. “It’s that customization. It’s that kind of flair that brings the wild card to the table,” he says. It also helps to balance the game when players are pitted against each other.

Papy tells me the multiplayer will only have a light story element, so it doesn’t appear that the tales told during that part of Ascension will weave themselves into the mythology of Kratos. While multiplayer is focused on competitive modes with co-op partners, the Sony Santa Monica team is still thinking about new modes to include. “We’re assessing a ‘Horde Mode,'” he responded when asked about modes strictly crafted for co-op play. “We have a great cast of A.I. and if we can possibly get to use those in a ‘Horde Mode’ then we’re going to try, but it’s something we’re still assessing.” 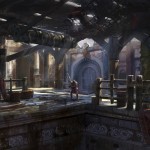 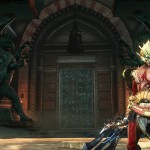 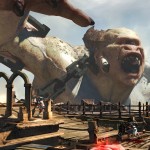 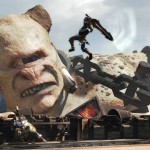 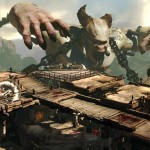 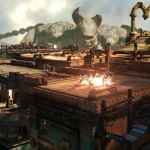