Archives
« Happy Birthday, Hubble Telescope! You have made my life very awesome.
Mars Got Itself Some FLOWING SAND DUNES. Picnic Time, IMO. » 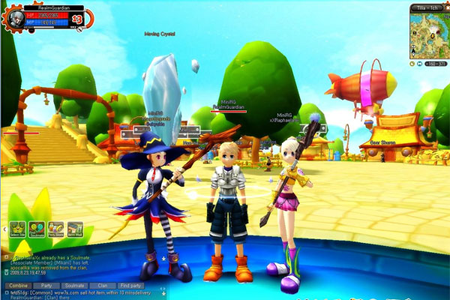 I have been told by people smarter than me that free-to-play games are future, with the company behind the game riding a wave of microtransactions to caviar dinners. Who the hell am I to question these people. Even if they were caked in blood and powdered sugar, wielding a baseball bat and a smile. Fuck, they have a study to back them up!

The report contains a few other interesting tidbits. For one, those who make an in-game payment tend to do so within the first month of playing, and those who try free-to-play titles tend to keep playing them, with 84 percent continuing to play after first trying them. Among those who abandon free-to-play titles, men aged 13 to 34 are most likely, while women in general are more likely to stay.

I don’t doubt it, though. Diablo III  is going to have a real-cash Auction Hall, and if I can upgrade my Blade of Doom for $3, you can bet your ass I will. Not sure if that’s an actual free-to-play analogy, but still. I can see where they’re coming from.