Archives
« Infographic Depicting Every Manned Space Mission Is Cosmic Win
ALAN MOORE On The Fans Who Will Buy ‘BEFORE WATCHMEN’ ILU, Alan. » 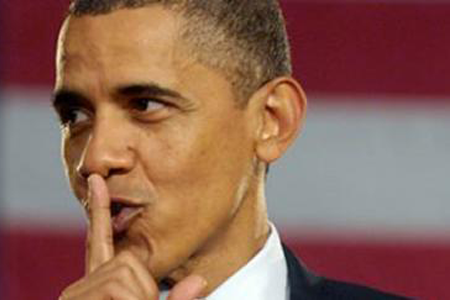 The Justice Department refuses to divulge whatever sort of agreement there may be between Google and the National Security Agency. Not that there is  one, of course.

Mike Scarcella in  The Legal Times  writes about The Justice Department defending the government’s refusal to discuss, or acknowledge the existence of, “any cooperative research and development agreement between Google and the National Security Agency.”

The Washington based advocacy group Electronic Privacy Information Center sued in federal district court here to obtain documents about any such agreement between the Internet search giant and the security agency.

The NSA responded to the suit with a so-called “Glomar” response in which the agency said it could neither confirm nor deny whether any responsive records exist. U.S. District Judge Richard Leon in Washington sided with the government last July.

Don’t sweat the advent of Big Brother. They’ve already arrived, and they’re happy to tell you “Shh, watch The Voice  and relax, we got this.”