Archives
« Theft of NICHOLAS CAGE’S ‘Action Comics #1’ Being Made Into Movie By Lionsgate. I Vote Yes.
THIS WEEK ON Justified: Watching the Detectives » 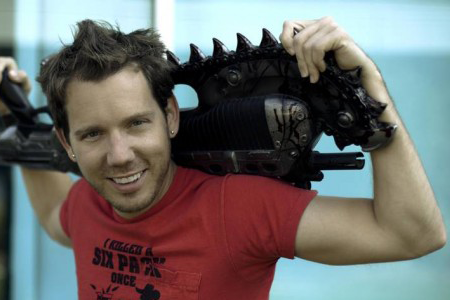 Dude Huge! Cliffy b! Whatever you want to call the good chap, he’s been cutting his teeth in the industry for years and years. Speaking at a GDC panel this week,  Bleszinski gave some advice to future indie developers: the PC is where it is at.

Xbox Live and PSN, skip both of them because you’re at Sony or Microsoft’s will as to what’s on the dashboard. iOS, maybe but you have to have Apple’s approval, there’s too much piracy on Android, no one has a Windows phone, Kickstarter’s wonderful, go Tim Schafer.

I would go with the PC.

Bold words coming from the dude who has been sucking the Micro-teat for ten years or so. I appreciate his sentiment though, and it is something Tim Schafer has referenced as well. The walled-in gardens of PSN and Xbox are pushing indie developers out of the confines and into the light of the breathy PC world.