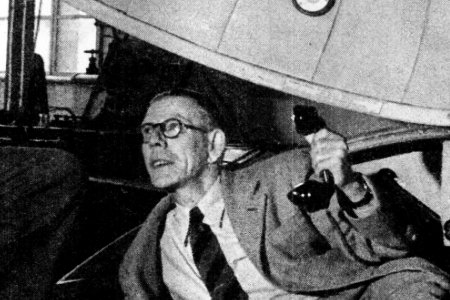 A little bit of the old Retro-Future to start your week off. Winston Churchill was a beefy old bastard who wasn’t supposed to fly above 5,000 feet. Given that the motherfucker had to, you know, fly a lot, how’d they get around this little mortality bit? Boom! Life pod in action. 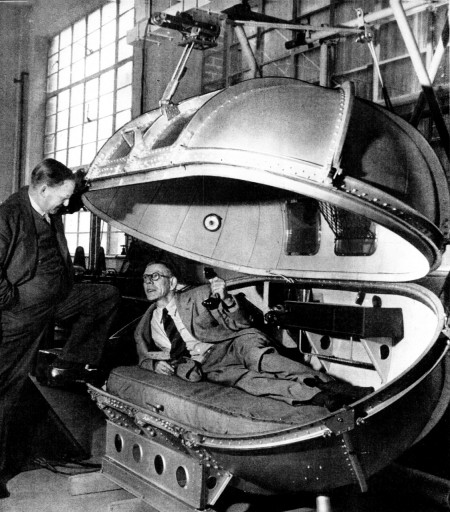 By 1947, Winston Churchill was 73 years old, overweight, a profuse smoker, and had already suffered two heart attacks, less than ideal health conditions for a man who flew all over the world. So to keep Churchill in the air and among the living, a pressurized pod was designed for Churchill’s personal plane.

This photo comes from a 1947 issue of LIFE Magazine, and the caption explains that Churchill’s doctors recommended that he never fly above 8,000 feet. That prohibition wasn’t possible, since Churchill often needed to take off for Washington, Moscow, Yalta, or Casablanca on a moment’s notice. Fortunately, though, Churchill had a special plane assigned for his transport, so a pressure chamber could be built right into the plane.

The chamber kept the pressure inside the pod at the equivalent of 5,000 feet, while still allowing Churchill to enjoy his favorite vice: a good cigar. The air circulation system was built with the globetrotting smoker in mind.