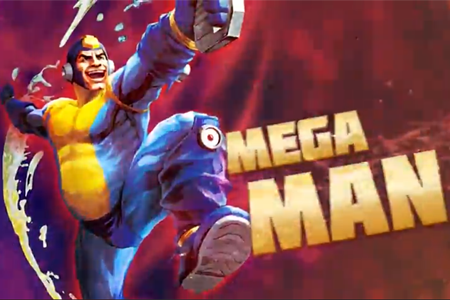 I’m not going to play  Street Fighter X Tekken, but if I would I’d be totally rocking out as horrible US Box Art version of Mega Man. There’s Pac-Man too, and good lord if that isn’t chock full of win.

Hit the jump for details and the intro video.

Previously hinted at company mascots Pac-Man and Mega Man have been confirmed as PS3/PSV exclusive characters for Street Fighter X Tekken, joining Cole from inFamous, and Sony Japan mascots Toro and Kuro. Unless the 360 version of the game gets an all star group like The Prince of all Cosmos, Linn Kurasawa, Alan Wake, and Ilo and Milo as its own exclusive characters, then there is no way it’s going to be able to compete (at least not for my money). Seeing as the game is coming out really soon, chances are slim that the 360 versions will be getting any exclusives at all. Microsoft has got to be feeling pretty hosed right about now!

Another group who’s already reportedly feeling hosed over this development is the Mega Man fan community. A lot of them are already saying that the fact that Capcom is choosing Bad Box Art Mega Man over all the other Mega Mans in the history of Mega Mans for this coveted position on SFxT’s roster is a slap in the face, especially seeing as his in-game story closely matches the mythology of the Mega Man Legends universe.

As a 35 year old man and a Mega Man fan since 1988, I can say that I don’t feel that way at all. Not only do I think that Bad Box Art Mega Man fits with this particular game much better than any other incarnation of the character, I also see this move as a brilliant form of self-mockery on Capcom’s part. Read the rest of the post for an explanation of the logic on that.