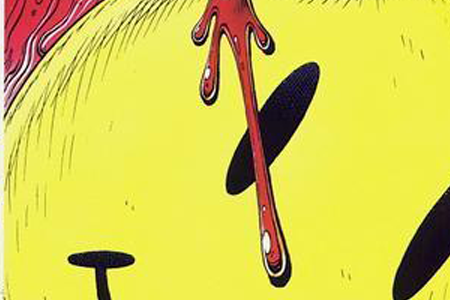 After the Watchmen movie, there is very little that can be done to the franchise that can scar me. Yet this news sends an electric shock up my taint. A Watchmen 2? Jesus. Really. Really?

DC Comics is really going forward with the Watchmen tie-in project that everybody’s calling Watchmen 2, as we warned a while back. Bleeding Cool’s inside sources tell them that Andy Kubert will draw one of four prequel miniseries, each of which tells a story about a different character from Alan Moore and Dave Gibbons’ masterpiece. And Andy “may not be the only Kubert getting involved with this,” writes Rich Johnston.

Dave Gibbons is reportedly involved with this project – but not surprisingly, Moore is staying well away. Also potentially involved: J. Michael Straczynski, John Higgins, and J.G. Jones. Darwyn Cooke may be involved as some kind of “showrunner” for the four miniseries.

Better/worse idea than the Prequels? The mind boggles.