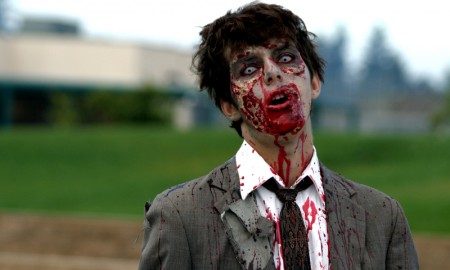 Today’s fear comes out of the world of horror stories and voodoo religions. Originally the term was meant to describe a person who was hypnotized or under a spell, it wasn’t until recent times that it was applied to animated corpses.

Zombies have almost left the realm of horror and become pop culture icons. They have become a multimillion dollar industry from comics, books, movies and video games. It’s harder and harder to engage in any sort of media without seen a zombie. Some have argued that this takes away from their mystique. I respectfully disagree.

Zombies represent the consumer inside us all. What would happen if we all stopped creating or producing, and just start consuming? Well, we’d run out of supplies quickly. Fortunately, zombies ignore things like gasoline, canned goods, and munitions. They use their jaws and their claws. Their consumables are us.

Zombies are not dangerous on their own. Almost everyone can avoid one zombie. Even ten zombies are not that dangerous given the proper conditions. It’s the hoard of hundreds of zombies that is the true direct threat. If you survive the first wave of the outbreak your chances of a zombie killing you decreases. Your main mission becomes to survive the rest of humanity.

Once the zombies shut down our “next day delivery” world, we’ll have to rely on old world skills. God help us. We’ll have to be able to find food, either through hunting or farming. We’ll have to ensure we have proper medicine. We’ll have to find weapons. The zombies are simply an obstacle in accomplishing those goals. 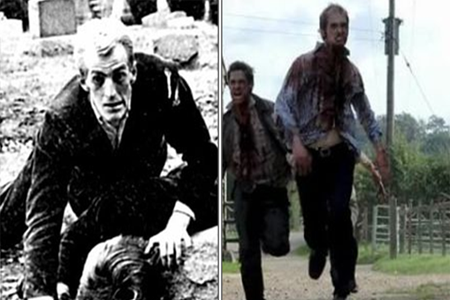 One of the things that makes zombies interesting is the creator of the story. Which zombies are you using? Are they the Romero shamblers or the more modern pandemic zombies of Danny Boyle and 28 days later. Even Steven King threw his hat into the ring and defined new zombies with Cell. Its very fun to see what creative minds can do with such one dimensional creatures with a simple motive.

I personally love zombies. With the help of a few friends I have been fine tuning a zombie story over the past few years. The great thing about preparing for a zombie invasion is that it opens your mind up and looks past the matrix in which we live in. Today if I want to buy a book or a movie, I can take a drive to my nearest mall and find what I need. Hell, I could probably just download what I wanted to my computer. However if Zombies roamed the land and the interewebs were gone, this task becomes deadly. One fun game a friend and I play is called flash attack. If we’re in a public place, one of us will turn to the other and say “Ok, the zombies attack right now, what do you do?” It makes for an interesting activity when you’re in say, a subway car or Fenway park.

THE ANSWER: Preparing for a zombie attack is not foolish. It’s much the same as preparing for any attack really. In terrorist attacks or drastic natural events, those supplies will still be handy. Even the CDC used this approach when they urged people to consider a zombie attack when preparing their survival kits. Also, there are books like the Zombie Survival guide that give great tips. Finally, there is the Zombie Squad. Check out their website http://zombiehunters.org/ to see if there is a chapter near you.