THIS WEEK ON The Walking Dead: What Lies Ahead 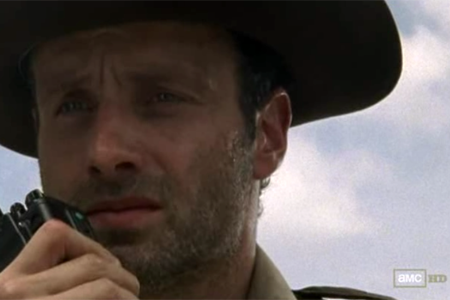 (Before we start, I know what you’re probably thinking.   “Whoa Dude, first Fear Fest and now Walking dead recaps?   Are you taking over Omega Level?”   Well, no, the Brothers Omega will return with more regular postings when their daily lives are more settled.   And shame on you for suggesting otherwise.   Sometimes Superman and Batman have to put in time on Clarke and Bruce.   The same rings true for Caffeine and Rendar.    I was tasked to write the recaps because of my familiarity with the source material, and my deep knowledge of zombie arts.)

We start season two with a woefully written   message that serves as a reminder of what happened in the last episode of season one.   We are reminded of the CDC and Dr. Jenner, who I’m surprised they didn’t just name Mac Guffin.   I’m not the goodest writer.   I can however recognize lazy writing.   The last three episodes were rife with it last year.   The first five minutes were harrowing.   Will the bad writing continue?   Did they bad writers stay when Darabont left?   The answer is no, the bad writing will not continue.   I look at the terrible exposition as an example of where the show could have gone but won’t.   Season one may have collapsed like a certain baseball team I follow, but I can hope and dream that season two will swing for the fences again.

After setting out from the CDC our group is stranded on a jammed highway.   In a post-apocalyptic world, highways are a bad place; almost as bad as churches and hospitals.   When Rick first spots that one walker, you know the defecation is about to hit the rotary oscillator.   The actors all earned their paychecks this week for this scene alone.   The terror they expressed as they hid from the passing flock was real.   I think they must have been threatened with forced viewings of the boat scene from season one if they failed to hit their spots.

One of the things I am working on is separating the books from the series.   They take place in the same world, and have some characters that share the same names, but they are not the same story.   This is evident early in the episode when Andrea refers to the mob of zombies as a herd, a term that doesn’t appear in the books until much, much later.   However my biggest bone to pick was the inclusion of T-Dog instead of Tyreese.   I’ve heard rumors of a Tyreese appearance later on in the series, so when T-Dog cut himself, I was hoping he would get himself et to make room.   Darrell however throws a wrench into this plan by being a badass. 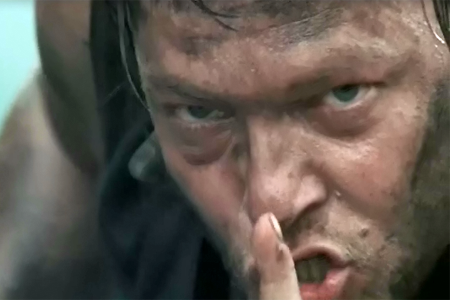 Let’s talk about Darrell for a minute.   As we all know, zombies natural enemies are hillbillies.   We all saw at the end of Night of the Living Dead that order was restored because of gun-toting rednecks who don’t want the king of England coming into their houses and pushing them around.   Darrell is on Hillbilly Team 6.   He is a walking zombie wrecking machine.   The reason the zombies eat is so they have the energy to run from Darrell.   I hate that he saved T-Dog, but I don’t hate him for doing it.   I don’t hate the Sun for being hot, I don’t hate the water for being wet, and I sure as shit don’t hate Darrell for being a zombie slayer.

The herd didn’t pass without incident however.   Sophia gets spooked and leads two walkers on a merry chase.   As this was happening, I thought to myself “I like that they found her more by happenstance than by her making a fuss.”   I can’t abide making characters overly stupid and predictable.   I was let down a bit when she wandered off after Rick told her to stay.   Thankfully the writers included the line “She was shook up, how much of what you told her stuck.”   Translation “Yes Dude, we hear you.   We know having Sophia wandering off is an obvious tool for pushing the story forward, but we’re on it.   It was done intentionally and not because we’re oblivious fuck-tards that high-five each other after every cheesy line we write.”   As a side not, the look on Andrew Lincoln’s face as he waits behind the tree is scarier than any zombie’s.   He’s certainly got the chops to pull of Rick, let’s see how he handles the character as he slowly moves his morals from black and white to grey.

Carol is character will have an interesting season.     She’s a battered wife who is now on her own.   One of the many downsides of battered wife syndrome is that it can ruin the person’s self-reliance.     Now Carol has to take care of her daughter and figure out how to fix herself while flesh eating monsters roam the planet.   She’s already showing signs of fracturing when she blames Rick at the drop of a hat when they return without Sophia.   I imagine that as times get worse, and they will, she’ll lose her grip on reality and become a liability.   Of course I could be wrong and she could become female Darrell, we’ll have to wait and see. 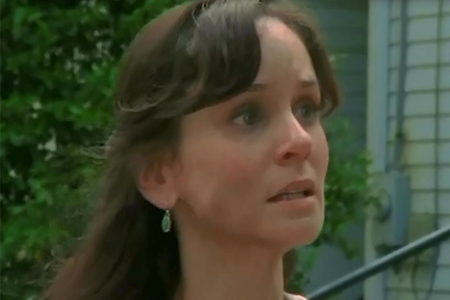 I hate Lori.   I hated her in the comics, I hated here in season one, and I don’t particularly care for the actress that plays her.   That means she was cast perfectly, and is playing the role well.   The Lori and Shane drama continues all through the episode.   When Rick returned in season one, she kicked Shane to the curb and told him to leave them alone.   Now when he tries to distance himself from Carl, she throws a hissy fit.   Pick a direction lady.   Shane can’t go to the nearest Hallmark store and find a “Sorry I told your mom that her husband is dead and then banged her” card.   Sure, Shane was an ass for trying to get Lori to do her Jodie Foster (NSFW) impression, but that doesn’t mean you have to be a total bitch.

Shane is far and away the most different from his comic counterpart.   I like the switch for a few reasons.   First, Jon Bernthal is killing it.   He’s a great compliment to Rick.   He’s a little hotheaded at times, but Rick usually calms him down.   Secondly, I think it would be a mistake if Shane in the TV show was the same as Shane in the comic.   I’d like to go on about this topic, but I don’t want to give away any future plot details that may or may not happen.   You’re reading a show recap, not the cliff’s notes of the comic.

After encountering a walker that may or may not have munched on Sophia, Darrell and Rick perform an autopsy.   I though this scene was pretty cool.   It added to the tension of finding a lost little girl without being obtrusive.

Rick’s choice to draw off the two walkers and Shane’s choice to leave Rick in the hospital are eerily (not really) similar.   I mentally pictured Shane throwing Lori shit-eating grins while Rick explained that he had no choice but to quit searching for Sophia.

Andrea would finish second in the running of “Who is most different from the books.”   She sheds a little more light on her decision to leave the CDC as it was blowing up.   She left to save Dale, not because she wanted to live.   This will no doubt cause some friction between the two in the future. 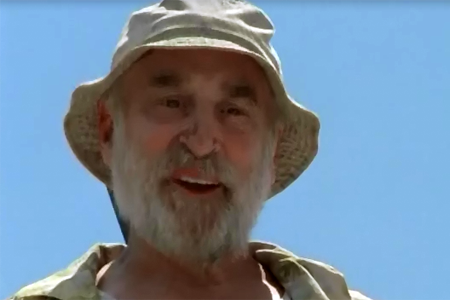 I love Dale.   I love that Dale is being played by Jeffrey DeMunn.   He was great in ever 5th Law and Order episode as defense attorney Norman Rothenberg.   While Shane and Andrea are the most changed from the source material, Dale and Glenn are the most similar.   We didn’t get too much Glenn this episode, but Dale showed off that he was the voice of reason for the group.   He’s their moral compass.   He’s there to provide perspective for the other characters.   He also seems adept at knowing how to handle other people’s character flaws.   He’s not afraid to stand up to Rick and Shane, and most importantly, he is patient and calm when others fall apart.   Dale however, is not perfect.   His choice to save Andrea was in fact driven by selfish motives.   He cares for her on a level he’s not ready to quantify for himself, but he knows that part of him would have died has he left her.

The rest of the episode was filled with thinly veiled references to faith and how some people still have it whilst others have abandoned it.   Rick however decides that the end of times might be a good time to take out soul insurance.   The true irony being that if they weren’t looking to save a child, another child wouldn’t have been hurt.   The episode ends with Rick, Shane and Carl finding a deer.   As Carl slowly approaches it, a shot rings out and takes down both the buck and Carl.

If there is a next time, wear more orange Carl.