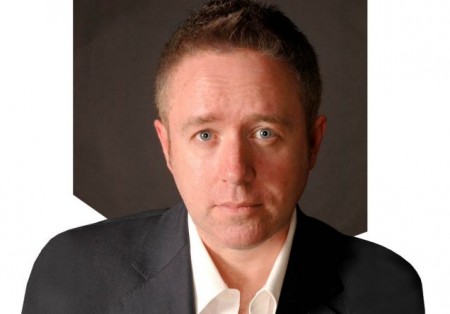 Mark Millar used to write comic books. Now he pens bullshit that he wants to turn into movies. He is clearly interested in superhero movies not going all Dinosaur on the cinematic landscape, and so with reports coming out that superhero flicks are dying he penned a rebuttal.

Green Lantern’s dramatic 69% drop in ticket sales in its second week of release has inspired much consternation amongst comic book fans, hand-wringing amongst box office analysts and grave-dancing on behalf of its competition — including Mark Millar, who Tweeted his view that Green Lantern was the worst superhero film of all time. Nevertheless, the “Hit-Girl” writer believes things have never been better for superhero stories on screen, at least in terms of profits.

Any Chicken Littles screeching about Green Lantern being a flop and ruining everything must look at the big picture and remember it’s far rosier than any other genre. Our track record in comic book movies has been incredible since Goyer and Norrington changed the game with Blade, Singer carried it through with X-Men and Sam Raimi slam-dunked with Spidey. In the decade that followed we’ve had monster hits from almost unknown characters. Iron Man sells around 40,000 copies a month, but a combination of a fun script and very clever casting turned it into a $500 million grossing beast. Last year’s sequel hit $650 million and these numbers don’t even include DVD. The X-Men franchise has managed over 2 billion dollars in 5 movies and Spidey and Batman are the biggest of the lot. Check out www.boxofficemojo.com and it’s very heartening to note that superhero and comic book adaptations have an incredible consistency for turning vast profits. There’s the occasional dud like Catwoman and Jonah Hex, but these tend to be the exceptions rather than the norm and rare examples of unknown writers and directors being attached to characters traditionally coveted by the Hollywood A-list.

Three superhero movies have been out this summer and, bar GL, the others have done fine. Thor cost 150 mill and looks set to settle at around half a billion dollars. X-Men cost about the same and will probably sit around 350. Add in DVD and SPECIAL EDITION DVDs and these are in serious profit. Thor, we must remember, is another semi-unknown character in the mainstream and featured no bankable names. In this context, it’s done INCREDIBLY well and X-Men had the disadvantage of no Wolverine (face it, nay-sayers, he’s the best there is), a period piece and no actors recognised from the previous trilogy.

In short, GL is a blip. It’s registered because a 200 mill plus budget and 100 mill marketing campaign means they needed to make 600 mill to break even (after cinema costs are recouped) and will be lucky to crack 250 worldwide. But like I said we need to keep this in context and remember that even the Fantastic Four movies made a big profit. Hollywood is still very much in love with superheroes and will continue to be so until they consistently start losing cash.

Fucking Millar. The dude can’t write anymore outside of schlock, sensation, religious wankery and racism, but he can cut a mean argument in favor of comic book movies thriving. For better or worse. If only he could take that energy and direct it away from sucking his own pipe and turning himself into an Empire (or World as his insipid website is called) and reclaim the swag that had me loving The Ultimates. And The Authority. And Old Man Logan. And Ultimate X-Men.