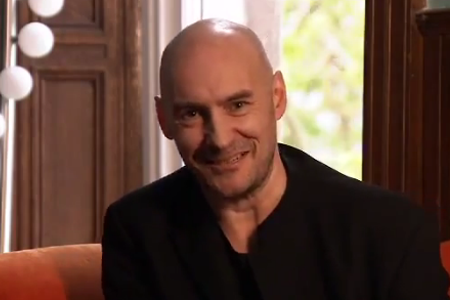 Listen. I’m a Grant Morrison fanboy. Listen. My distaste for The Being Inhabiting Mark Millar is well known. So it’s pretty obvious that I’m fucking biased, but hearing Grant Morrison explain that Mark Millar cost him his faith in humanity is awesome. It comes in an interview promoting his forthcoming book, Supergods. Which I didn’t know excited. Fuck now I’m excited.

In the Mindless Ones interview, Grant is asked (around 23 minutes in)

“It seems like a massive reversal of cosmic justice   that you’re writing a memoir and Mark Millar appears to be able to just walk into any room and make a film any time he wants to. Do you feel like there’s still a tension between you there?”

“There’s a tension between us based on past history, but not… what you say isn’t necessarily true, I don’t want to say bad things about people like Mark and anyone but yes Kick Ass was made,  Wanted was made, there are no other films any more made than sayJoe The Barbarian and  We3 which are all in the same state of production with directors attached, with screenplays…

Hollywood doesn’t work that way, you can’t walk in a room, and he doesn’t… you know I live in Hollywood, I live here four months of the year and I can know what goes on, there aren’t 200 million dollars films being made, what can I say…   I don’t really want to say… I don’t want to come out against somebody who will see it as an attack, it’s all too easy to do.

Mark has to make a certain smoke screen of himself, to look a certain way you know.   Look at sales of  Ultimates Comics Ultimates Vs Ultimate Avengers… that’s what it’s all about right now…

“I wish him well but there’s not good feeling between myself and Mark for many reasons most of which are he destroyed my faith in human fucking nature.”

Shots fired. Also, I love how Morrison doesn’t want to wish him ill, but he also pinpoints him as the source of his loss in humanity. It’s total sour grapes on Morrison’s part. However since I loathe Millar and his exploitation bullshit he pushes out these days, it makes me smile.