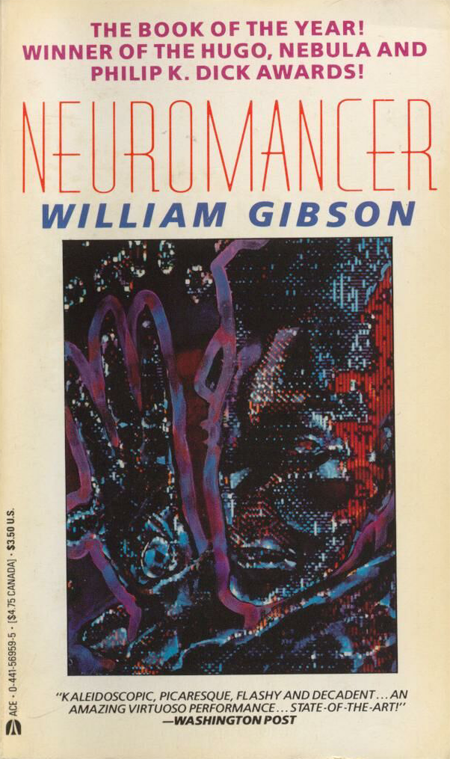 William Gibson’s Neuromancer is something of a Bible to me. A sacred text. For years they’ve been talking about getting a movie done, and now it’s officially moving into pre-production.

After years in development, Vincenzo Natali’s Neuromancer is finally moving forward. According to a press release, the film has secured sales from distributors at Cannes and visual effects work has already begun. Filming will begin in 2012 with locations in Canada, Istanbul, Tokyo, and London.

Seven Arts Pictures and GFM Films announced today that “Neuromancer,” written and directed by Vincenzo Natali and adapted from the William Gibson best-selling novel, has secured sales from distributors in the first three days of Cannes. Territories licensed include: South Korea and Thailand, Taiwan, China, Philippines, Indonesia, Malaysia, and India, CIS, Poland, and the Middle East.

“Response to this cult cyberspace thriller has been tremendous and the film ticks a lot of boxes with distributors. The film will be a Canadian-European co-production with principal photography occurring in Canada, Istanbul, Tokyo, and London. Work on the visual effects has already begun, with an anticipated start date in the first quarter of 2012,” said Kate Hoffman, Chief Operating Officer of Seven Arts. GFM also reported advanced discussions in Germany, the UK, France, and the USA.

This is a bit of a ballsac tightening moment for me. If it’s done correctly, it could be pure geek ejaculatory bliss. But if it’s done wrong, it’s going to be the baseball bat to the groin to follow up Snyder’s dick-punch Watchmen adaptation. I’d personally prefer it not be done at all if it isn’t done right, but I suppose we have to wait and see.