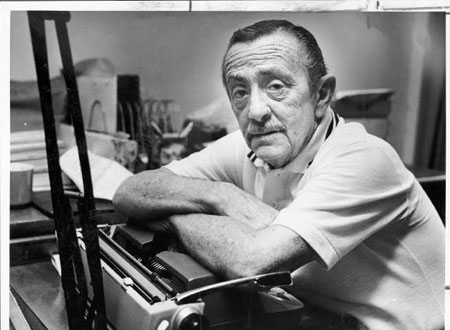 The Monday Morning Commute is usually the spot where I tell you what bits of entertainment I’ll be distracting myself with in the upcoming days. Unfortunately, right now it’s looking like I’ve got more work than hours in the day. So while I could pretend to have a whole bunch of cool swag lined up, it’d be dishonest.

In place of the regularly scheduled programming, I present The Body Bag – a short piece from my archives of miscellaneous debris. Feel free to hit up the comments section, either sharing what you’ll be doing this week or taking a stab at some fiction of your own.

[The body bag wouldn’t stop dripping.]
[And this drove me damn insane.]

It reminded me of being home during summer vacation. In the morning, Mom would take steaks out of the freezer and leave them on the kitchen counter to defrost. She’d go about her day, smoking cigarettes and vacuuming. Watching television and drinking. By three in the afternoon she’d be stuck to the couch. Passed out. Sweating profusely.

I don’t blame her for sweating. The summers were unbearable. And inescapable. Hot. Muggy. And my father refused to buy an air conditioner. Mom would plead for one and my father would just laugh in her face, “I already pay for heat in the winter and now you want cold air in the summer? You’re all backwards! Why don’t I just fly your ass to another hemisphere?!”

Of course, he spent the hottest hours of the day at the office. The air conditioned office. Fucking bastard.

Anyways, afternoons in the summer saw Mom imprisoned by the couch. She just couldn’t get up. Occasionally a few syllables would be spat out of her florid face and she would make a half-hearted attempt to rise. But she was always defeated, either by the humidity or her blood alcohol concentration. Sometimes she would even throw up on herself. Not often.

When she passed out I’d walk to the kitchen counter. At that point, the steak laid out in the morning would be hours beyond the point of defrosting. Beaten down by the sun, the sirloin would be bleeding everywhere. The white paper from the butcher shop giving its best impression of a sanitary napkin.

The countertop would end up resembling the Red Sea. Parting it in half with napkins, I was a seven-year-old Moses. I never seemed to be able to clean all of it, and this became a source of genuine frustration.

After all, maybe the day my father came home to a clean countertop would be the same day Mom didn’t get slapped.

“Is this bovine blood on the counter?”

“Juice? JUICE?! Juice is what you get when you squeeze something that once grew on a tree! This is fucking blood! These are blood stains!”

Somehow it made sense to my father to express his aversion to blood stains by making more of them.

[And this drove me damn insane.]