Archives
« Stem Cells Being Used In Trials To Cure Human Paralysis.
OLOST – “We Can Do Anything” From Garbage Pail Kids » 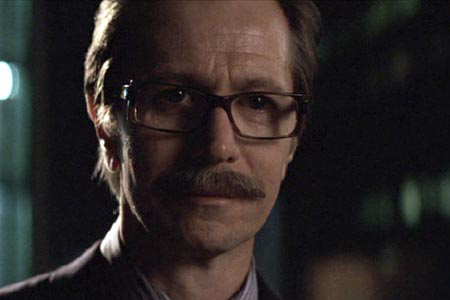 I fucking warned all six of you regular readers here at OL. I’m going to be riding the jock of The Dark Knight Rises with a fevered nature that’s going to induce both moans of pleasure and screams at the horrible chaffing. While doing promotional work for Red Riding Hood or whatever, Gary Oldman’s begun to spit about TDKR. He’s mentioned that – gasp – it’s fucking dope, and hints at the villain.

When asked about the film’s villain, Oldman dropped:

I think it’s a villain from one of the old, old, from way back from the old comics… It is a Batman villian… It’s not going to be the Joker.

As a comic book nerd, I’m wondering how good Oldman’s knowledge of lore is. Like, is he able to contextualize any of the villains that may be in the script? I’m hard-pressed to think it isn’t going to be Talia or Bane or even Alberto Falcone. Do any of those constitute ‘old’?

It’s a great story – you look at The Dark Knight and think ‘how’s he going to top it?’ but I think he has.

The fanboy in me completely overwhelms the rational human being smothered somewhere inside my brain. I know that this is probably hyperbole, and that every actor or member of the production is going to wank off on the script. I mean, Christ, Oldman hasn’t even read the script yet. I can’t help it though. I’m fucking excited.

And the scope of the film:

Yeah, it’s the scope of it, and also the way he kind of brings it back to Batman Begins and really what Christian – what Bruce Wayne discovers about himself, what he learns about himself at the end of this one.

Interesting. With the acclaim that The Dark Knight gathered, Batman Begins seems to get overlooked when it comes to contributing to the mythos. Oldman isn’t the first person involved with the trilogy to mention that this title will call back to the original, so I’m wondering where they’re going with all of this. If we’re coming full circle, what does that mean plot wise? Will we see Alberto and Talia? Furthermore, if we’re summarizing an entire thematic arc, what sort of threads is Nolan going to play with?

Where will this leave Bruce?

Anyone want to launch a few conjectures?