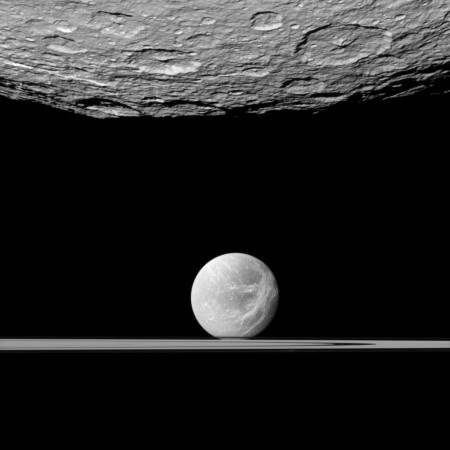 Rhea is only a little bigger than Dione, but is a  lot closer in this shot: 61,000 km versus 924,000 for Dione! That’s why Dione looks so much smaller. As seen by Cassini in this shot, it’s actually more than twice as far as our Moon is from the Earth. Both moons are composed of mostly water ice, with some rock. Both have been heavily battered by impacts, as you can see.