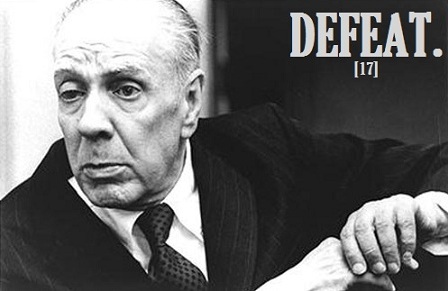 Originally, I thought it would have been a simple matter of hooking up some crazy shit to an obsolete model of automobile, using plutonium for fuel, and hoping for the best. But that wasn’t the case at all. Well, the plutonium was needed, but not the rest of that stuff.

The mission at hand was one without precedent. Therefore, I felt the need to pursue a train of thought that would not only challenge my sensibilities, but the sensibilities of the entire scientific community. I needed to learn a lot about physics, redefine even more, and do it in as short amount of time as possible. I find myself now laughing at that last qualifier, realizing how my success completely negates its importance. Nevertheless, I felt that I had to have the minds of the most brilliant few at my very whim.

My inability to squeeze a female breast in high school may not have been the cause, but it certainly correlated positively with my ability to choose any collegiate program of my liking. In the end, I decided to take MIT up on their offer of direct admission into their PhD program for Experimental/Condensed Matter Physics. And while Cambridge proved to be Boston’s pretentious and unbelievably socially retarded twin, it was my enrollment in this institution that has led me to my current destination.

Even with a firm grasp of dark matter’s properties, wave particle duality, and quantum mechanics, I was still coming up short. I had, without a doubt, a greater breadth and depth of scientific knowledge than anyone else interested in pursuing this particular goal. But time and time again, I exhausted all of my resources, using variations of the proven quantitative certainties to come to the same dead-end.

I was frustrated. And the reason that my frustration was so damn, well, frustrating, was the fact that I didn’t know where else to look. Given my set of skills, I could only move forwards and backwards on the same path. I needed something else, I just couldn’t figure out what. This internal struggle led me to become less concerned with the seemingly practical and to begin considering the otherwise inconsiderable.

With nowhere else to go, I turned to the more philosophical questions of my existence. Our existence. Or even just existence as a whole.

Existence as a whole — that’s the key phrase that struck me as important. I spent years researching what it is that defines reality, and now I was confronting that which not only could not be confined to definitions but also works to break the definitions of others. How was I going to go about quantifying the experiences of an individual, let alone the existence of the billions upon billions who have walked the face of the Earth?

Figuratively, I folded my physics degree in half, packed it full of detergent-soaked pot, and then rolled up a fat joint to expand my mind in unfounded ways.

And then, I did the exact same thing literally.

It was one of those stunning moments that comes about once in a lifetime, if at all. An astonishing moment of clarity. The grand revelation that all we can be is a constantly evolving manifestation of what we are striving for. Take this discovery and couple it with the unimpeded celebration of an unprecedented success. That was my moment.

If you don’t know the feeling, then I truly feel sorry for you and hope that you can find it at some point.

So anyways, I was inhaling some of the good Jamaican stuff and Tide when I realized that the way in which one exists is simply a matter of perception. If a life is a story, then all lives are stories and so it stands to reason that all life is a story. On top of that, one must consider the notion that all life is composed of that which is not life, compounds and elements that are wholly inanimate in their original forms. As it creates the narrative of life, non-life is a narrative of its own accord.

So if the universe and everything that ever has been or ever will be is a narrative, then what one should really study is how he/she goes about reading. For my purposes, I realized that a traditional reading would be absolutely worthless — I would only travel into later chapters of the same book. Instead, I just had to figure out a way to read existence hypertextually.

As coined by Theodor H. Nelson, the term hypertext is said to describe “a body of written or pictorial material interconnected in such a complex way that it could not conveniently be presented or represented on paper…Such a system could grow indefinitely, gradually including more and more of the world’s written knowledge.” In more clearly identifiable terms of modern-day, hypertext is the system on which the Internet is primarily based; the user travels forwards and backwards, using links to jump from one page to another. The emphasis is not on a unilateral progression, but on the exploration of divergences.

Although published in 1965, Nelson’s description of hypertext seems as though it could accurately describe the current state of the Earth-based concept of being; a massive, constantly-expanding system of informational interconnection. Despite the seemingly uncanny accuracy of this description, I needed something more substantial, something beyond the scope of the Internet. Thus, I was directed towards Borges’ The Garden of Forking Paths.

At the conclusion of The Garden of Forking Paths the narrator is shocked to learn that his ancestor had not failed to write a novel or create a labyrinth (as previously believed), but had actually completed both tasks in one fell swoop. Manuscripts, which at one time seemed chaotic, unordered, and nonsensical, now present the premise of infinite possibility. This decision of the author to create a novel/labyrinth hybrid, in which all narrative choices are incorporated, is described by Sinologist Stephen Albert; “In the work of Ts’ui Pen, all possible outcomes occur; each one is the point of departure for other forkings.” Just as Nelson suggests, it may very well be impossible for such an esoteric idea as an unending, limitless novel to be effectively encapsulated within the confines of printed word.

The Garden of Forking Paths also demonstrates hypertexts’ emphasis of active participation. Early in the story, Dr. Yu Tsun ponders a reality in which his surroundings can be manipulated in a way as to instantaneously produce desirable effects. The doctor dreams that “A bird streaked across the gray sky and blindly I translated it into an airplane and that airplane into many (against the French sky) annihilating the artillery station with vertical bombs.” Had he been equipped with the knowledge that he has at the end of the story (namely that there exists an innumerable number of “divergent, convergent and parallel times,”) he would have understood that he was not necessarily incapable of turning birds into airplanes. Similarly, those who recognize the truly awesome breadth of the universe are more inclined to use it to its fullest potential. In a maze where every outcome leads to more possibilities, the advantages of participation are unfathomable.

So, in realizing that existence is a narrative and narratives are only read in a linear fashion because of societal indoctrination, I realized I could resist. “Resistance will bring me towards my destination,” I mused, “or rather, bring me back to it.”

I dedicated seventeen years of my life to redefining my process of reading everyday life, learning to engage with the text of reality in a nonlinear, hypertextual fashion.

And yes, altering my mind was not enough — a makeshift vessel was required. And plutonium was also required (just as Christopher Lloyd convinced me back in `85).

I fucking figured it out. 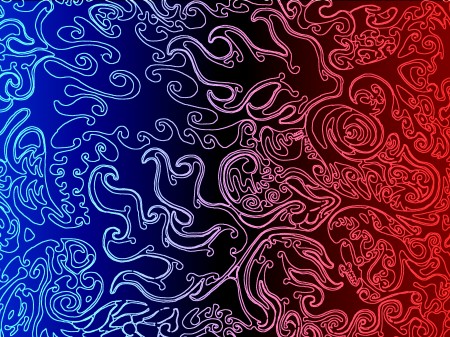