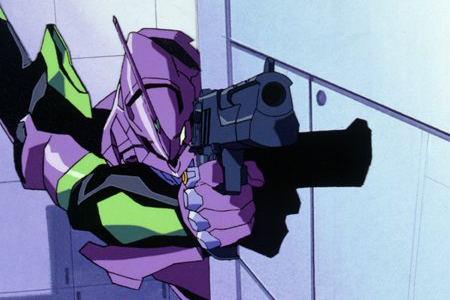 The days of the mechs are upon us! I only hope I can wield one within the framework of some sort of alien invasion! Neuroscientists have created the first brain-controlled exoskeleton. Welcome to the future, baby! Welcome to the fucking future.

It’s a science fiction dream, and now is close to reality. Scientists at the University of Chicago were experimenting with brain-computer interfaces in monkeys, teaching them to control computer cursors via electrodes implanted in their brains. We’ve known for a while that thinking about moving activates the same areas of the brain as moving itself does – so monkeys (and humans) learn to do this by imagining that they’re moving left, right, up or down. But the researchers discovered that the monkeys learned much faster if their arms were moved at the same time the cursor did – basically, they got feedback via movement in their bodies as well as from looking at the monitor.

The authors worked with two adult rhesus macaques to assess a system that incorporates a sense of movement. Each monkey was first trained to control a cursor using brain signals only; electrodes collected and processed data from the monkeys’ motor cortex cells and transmitted those commands to the computer. Basic science research has shown that simply thinking about a motion activates brain cells in the same way that making the movement does, so each monkey needed to only think about moving a cursor to do it.

Oh god! For the longest time I was worried about the robot and/or zombie uprising. But now we’re outfitting primates with exoskeletons! Jesus Christ! When will we fucking learn? The great simian uprising of 2012 may in fact be upon us. But if it ain’t, I want me some fucking exoskeleton goodness. Something nice and synthetic and disinclined to rot like the meat sac I’m currently wearing.