Archives
« Marvel Teases Death of Spider-Man! Aren’t We Tired Of Deaths By Now?
Wallet Rape! $150 Kinect Costs $56 To Put Together » 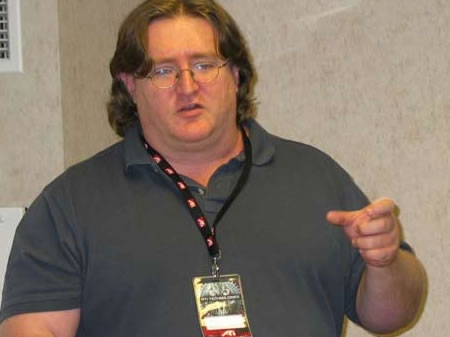 The pieces are set. The players are motion. Amongst me sits cans of caffeinated acceleration. I am approaching the infinity point, poised to see the eyes of the gaming gods! Alright, whatever. I’m just sitting here vibrating from one too many empty Pepsi Max bottles. But this is Press Start! Weekly gaming column. I puke up five things that caught my eyes in the world of video games in the previous seven days. The list is not reflective of importance, or in any particular order. It’s merely my own! My precious.

Theoretically interactive! Hit the comments box with whatever tickled your gaming fancy this week.

#1: Is Valve Killing The PC Gaming Market?
I ask you if you had the same response as me upon reading this title. Wait, wut?, there’s still a PC gaming market? Like, no, seriously. Sometimes I forget that there are good chaps out there that game primarily on their computer-boxes through their fingerboards. Interesting. My personal computer is dedicated to one thing and one thing only: the Crafting of War. Well, as far as gaming goes. Mainly it’s dedicated to punching insipid articles into Word Press and ridiculous amounts of fetish pornography.

Still though, I found the article massaging my intellectual glands. The dried withered husk of my intelligence. Retailers in the UK are considering banning selling games that use Steam integration. As well digital distributors are pissing their pants, and its for good reason. Steam owns eighty percent of the digital distribution market. Enormous games like Fallout and Call of Duty get pushed through their fat pipes. And so retails and digital distributors are worried that the leviathan won’t leave any room for competition.

Dudes, you’re worried now? The battle is over. Gabe Newell and his Steam have crushed you beneath the weight and prowess of their corporate titties. Repent, and hope they spare your life. It’s an amazing turn, since I remember when Half-Life 2 dropped on Steam six years ago, it was a concept derided by many. Probably myself. Oh, if my memory functioned properly.

I don’t know if its killing the PC gaming market, but it sure as fuck has that shit on lockdown.

#2: Bounty Placed On Kinect for Open Source Drivers; Motherfuckers Have It Running On A Mac Already
Last week, Adafruit Industries offered a bounty. They were willing to pay $1,000 to the first person or peoples who could provide open source drivers for Kinect. And let me tell you something, people work fucking fast. Kinect came out on November 4 here in the United States. It was hacked and open source drivers were provided three days later. God damn amazing.

Say what I will about the Kinect being an overblown piece of techno-lust drizzled in casual gaming. I’m excited to see what talented and curious investigators and individuals can do with the device. Take that shit out of the hands of the fascist pigs over at Microsoft and open it up to the creative brain-pieces of people across the world.

Case in point: Theo Watson has posted a video of getting the Kinect to run on the Mac OS. Again, what’s the practical application of this? I’m not sure. But I have faith that the Kinect, in the hands of curious and inventive people, can bare some pretty dope fruit.

Just my take on it. 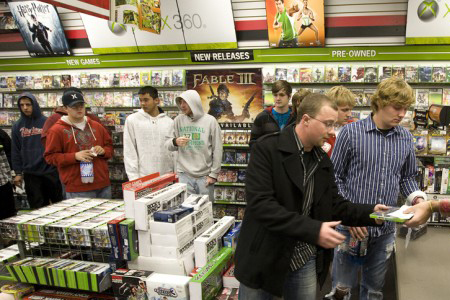 #3: Black Ops Just Raped Your Favorite Anything’s Launch Day. With A Bayonet.
Whether or not you like the Call of Duty franchise is irrelevant. I enjoy it, for what it is. You don’t enjoy it? I can respect it. But at this point, it is clear: the Call of Duty zealots are a legion much like that of Leonidas’ from 300. They cannot be stopped. They show no mercy. They’re equally as homoerotic, for the most part. Bros high-fiving and getting so totally stoked to spend hours and hours in what they think is a merely platonic tightly knit homosocial circle. [Kudos to the girls who have infiltrated my homoerotic phallus-firing brigade. You must get special glory in owning our asses.]

This legion of dong-bursting bros turned out in such numbers that we collectively destroyed every entertainment launch ever.   Black Ops moved 5.6 million copes on the opening day, in North America and the UK.

This medium is here to stay. Whether or not people have utilized it to do more than shoot one another in a multiplayer field is one thing, but it is legit. We are legion. Now, let’s go about beginning to justify it as an impressive conduit for artistic expression. Ken Levine, Fumito Ueda, you must assemble disciples of the narrative.

I trust in you. 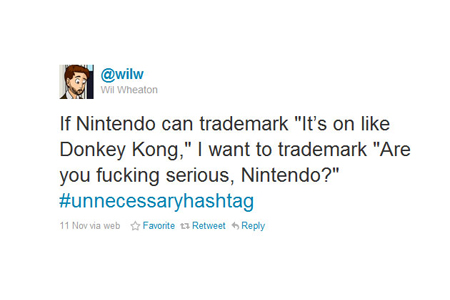 #4: Nintendo Goes Douche And Trademarks Phrase; Wheaton Summarizes Fan Response
This winter, Nintendo is releasing Donkey Kong Country Returns. In order to promote the game, they’ve gone and trademarked cultural phrase, “It’s On Like Donkey Kong.” Nintendo, are you trying to be hip? ‘Cause let me tell you what isn’t hip. Coming off like The Man. Co-opting a notable phrase, and claiming it as your own.

You’re coming off like douchebags, yo! I would have, and will still, buy Donkey Kong Country Returns. Taking the phrase? It’s fucking lame.

You know what its like? It’s like when your friend decides he’s going to give himself a nickname. Now, I know it’s not the same, since Nintendo didn’t come up with it. But bare with my stretched analogy. Nintendo was all, “Hey, that phrase is like so totally cool! It is! It is! on like Donkey Kong! right guys? Wait, why are you sneering?”

Wil Wheaton summarized the general response in the picture above, taken from his Twitter feed.

Say what you will about There Will Be Blood. When the son of a bitch is done in sixty seconds, in pixelated glory, you’ll bounce your head to it. Nodding. Affirmation. Say word.

That does it for my five this week. What tickled your pink? Hit the comments box. Don’t let me down!