First Look At Clip From The Green Lantern Trailer! OMFG, Or Something! 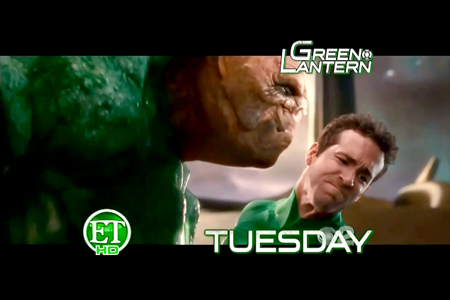 Off the cuff impressions? I didn’t like Ryan Reynolds as the Green Lantern when he was cast. And I dig the dude in the right role. This teaser? It’s miniscule, and far from enough to judge with, but since I’m going to anyways? Not digging his delivery. It isn’t Hal Jordan, it’s Ryan Reynolds playing Ryan Reynolds, as he is almost always wont to do.

Hit the jump to check out the trailer. And then hit the comments box with your thoughts and impressions on what can fairly be described as far too little to judge something with. [But let’s do it anyways.]