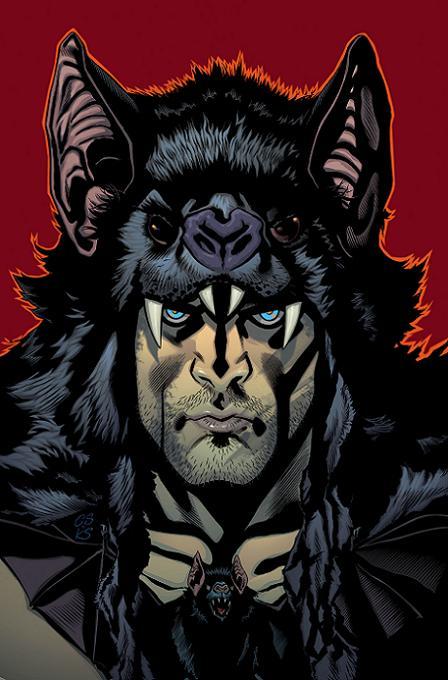 Well, actually, you should — he’s a smart guy and is generally on-the-ball with all of the latest news pertaining to comics, video juegos, movies, sports, and all that other shit I live my life by. As the firstborn in the family, he taught me that superheroes aren’t just creeps in spandex and that the entire …And Justice for All album is a goddamn anthem. And so, I tip my cap to him.

But on Tuesday, Caffeine Powered wrote some pretty hurtful things about time travel. I won’t quote him verbatim, but his general argument is that between comics, television, and movies, time-hoppin’ has become pretty played out. I won’t deny the fact that it’s become almost ubiquitous, an apparent necessity for any franchise with even the slightest of science fictional properties. And maybe I should be a bit more pessimistic, pissed off that one of my favorite plot devices has been misappropriated as a plaything for retard America.

But I’m still pretty stoked on time travel. And I guess that’s why Caffeine Powered and I are the dynamic duo of nerdcore brothers; between the two of us, we’re bound to be digging some shit that the mainstream doesn’t talk about at the dinner table.

So while big brother is approaching The Return of Bruce Wayne with cautious enthusiasm, I have a nerd-lust that defies physics. One issue in and I’m already a total believer in this miniseries. Yeah, Grant Morrison’s last attempt at a big event was a total mindfuck and he’s been known to get kooky from time to time. But he’s been kicking ass ever since that last debacle and I’ve been questioning reality on a daily basis.

So what do I make of a time-lost Batman blindly stumbling through the centuries? What if he’s not sure how he came to be in his current predicament? What if he has to fend off the enemies indigenous to each era? Well, I think it sounds like a damn fine comic book.

The first issue of The Return of Bruce Wayne sees Gotham’s favorite son chilling in the prehistoric times of cavemen. These cave people are just like us — they divide themselves into rival tribes, fight one another for arbitrary reasons, and occasionally smoke cigarettes. Of course, Brucie (despite being too messed up in the brain-piece to even feign coherence) aligns himself with the sympathetic Deer People. They recognize him as one of the “shining ones” and believe a fallen rocket ship to be his; they treat him with reverence and wished their Old Man lived long enough to have a conversation with him. So when the villainous Blood Mob comes to fuck shit up the Batman has to come to the rescue.

He isn’t completely successful, but he manages to defeat their chief…while wearing the hide of a giant bat as a damn costume. It’s wonderful.

Throughout the entire ordeal, Bruce never really gets to speak (again, he’s still woozy from being shot through time). While I can see fans griping about this, I like where Morrison is headed; rather than relying on the exposition of a super-detective, the reader gets to experience the comic from the perspective of the time’s natural inhabitants. So in this issue, Bruce Wayne’s journey is described through primitive speculation. For instance, notice how the leader of the Blood Mob announces his arrival;

THE CHIEF WHO SCARES DEATH HAS RETURNED!

A SKY-CART OF THE BRIGHT ONES!

AND A MAN-GOD WHO CAME FROM ABOVE TO CHALLENGE ME!

Could this come off as hokey? Sure. But Morrison’s script is backed up by the more than legit art of Chris Sprouse and Karl Story. This speech is accompanied by a two-page spread of Blood Mob revelry. We get to see skulls impaled on spikes, fires being danced around, and a close-up of a savage snacking on a huge hunk of…heart? brain? I’m not sure, but it’s something fleshy and gross.

Seriously, this art is beautiful and I think that a great deal of credit should be awarded to Karl Story’s colors. During the introduction to the Deer People, the skyline is painted with shades of light red and pink, offering a sense of liveliness and fading hope. But as the interlopers make their way into camp, Story shifts into dark grey, dark blue, and good `ole black; only fire brightens up these panels and it adds dramatic tension. By filling in Sprouse’s pencils, Karl Story deftly sets the unspoken tone for The Return of Bruce Wayne.

By the issue’s end, Batman has fended off the bad guys, saved a young member of the Deer People and unknowingly shifted forwards in time. Right after Bruce hops ahead on the timeline, Superman, Green Lantern and Booster Gold pop into the prehistoric era. They’re dismayed to realize that he is no longer there. In fact, their disappointment takes a turn for the ominous as they discuss the necessity of finding their comrade;

Green Lantern: Batman has no memory of who he is. He has no idea what’s happening to him.

Booster Gold: What chance does he have? Even he can’t make it.

Superman: You are joking, right? He can survive anywhere. Anytime. Surviving is what he does. But if he survives this, if he does the impossible again…If Batman makes it back to the 21st century on his own…everyone dies.

The Return of Bruce Wayne is over-the-top, filled with shit I’m not sure I quite grasp yet, and serves as the beginning to the unfortunate end of Dick Grayson’s reign as Batman. With that being said, the book still works. And it works well. If you give me time-travel, caveman beatdowns, and the goddamn Batman I’m going to enjoy it.