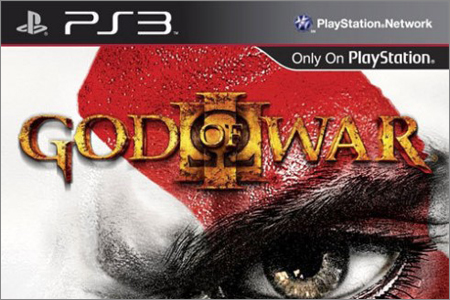 There had to be a moment when Santa Monica Studios was developing God of War III when they they realized something. Steve the Intern was all like, “This game is the best! It’s three hours of insanity!” All of a sudden they all realized something; their game was amazing, but it was only four hours. And so they freaked the fuck out, and they started shoe-horning shit loads of mundanity into the title. You go from such a mind-boggling opening confrontation with Poseidon to running around boring ass levels pushing blocks and fighting the same eighteen enemies over and over and over again. Interspersed within this tediousness are epic confrontations that justify your toiling in such bullshit banality. The battles with Cronos, Hercules, and ultimately Zeus make up with the blaise you encounter for several hours at a time. And so while God of War 3 is one of the most tonally uneven games I’ve played in years, I can’t help but recommend it to anyone looking for a genuine killer app. Just take it with a grain of salt.

God of War III is like an amazing sexual experience, interspersed with mediocre moments. That’s the best and only way I can describe it, because I am a juvenile asshole. There comes a time, probably right now in my twenty-seventh year, when I realize I’m not going to grow up, and to just prattle on with the ridiculous sexual conceits.

This game opens up like a blazing little batch of oral fundom. And you’re like, OH FUCK, this is going down. However, right about the time Kratos has milked you, he then throws you into the missionary position for a few hours. And you’re laying there, much like I imagine anyone who has the misfortune of copulating with me, looking very, very bored. It isn’t all bad however, since there are some crazy positions he then throws you into you, and you’re like oh fuck, maybe he was just saving his energy. And you’re totally digging it. But then all of a sudden, he’s like ZEUS, PUZZLES AND SHIT, and you’re again laying on your back. And right when you think you’re so fucking bored, he blows you away with this insane swerving-hips-pelvis-thing and you’re throwing fluids everywhere. His finishes so well, you almost forget how mundane some of the shit was in there. 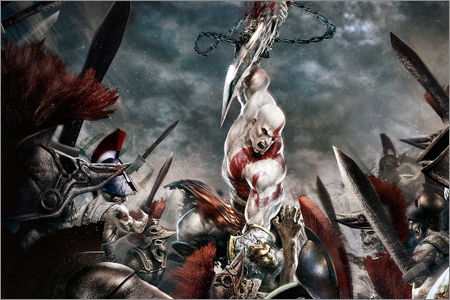 I’ve tried to figure out if I found the tediousness of moments in the game the result of shitty gameplay or if the bar was raised so far in the more special moments that anything following them was going to be disappointing. And the answer I’ve come up with, is typical for Ian the moderate, which is to say it is the word “Yes.”

There’s no doubt that the highwater marks for the game make anything following them dull as fuck. There’s simply no way to top the set pieces they built the game around. It’s not something uncommon to God of War III. Even Uncharted 2, which is the most killer of fucking apps this generation, suffered from this problem. There’s simply no way to compete with the absurd moments in the game. Running around and shooting Sasquatch-type motherfuckers is going to pale in comparison to ridiculous battles in a collapsing apartment complexes.

The problem with God of War III though? 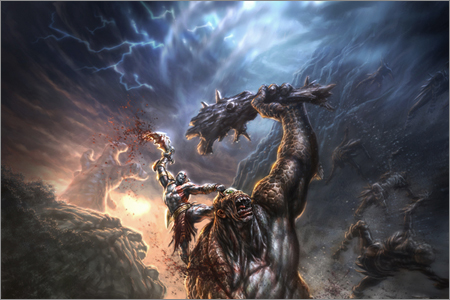 And so while there was an inevitable letdown coming after GOW IIII starts with you killing the Lord of the Seas, this letdown is worsened by what is pretty stale gameplay. It’s the same shit you’ve been doing in God of War games since the original. Imaginary wall appears. Fight a fuck load of enemies. Wall disappears. Move a block. Utilize new power to solve riddle.

But Ian, every game usually follows this formula.

Agreed. Which is why the developers should do a better job of dressing up the formula, making you not feel it.

All of this is exacerbated by the inexplicable desire by the writers to make Kratos a redemptive figure. The ending of the game turns into some bullshit meditation on Hope. I’m not kidding. Somehow, throughout all of the titles, Kratos secret power was his Hope. Are you vomiting blood? Yeah, me too. I mean, I secretly dug it because I’m a nerdy idealist who get choked up over the power of Hope, but it was absolutely out of right field. 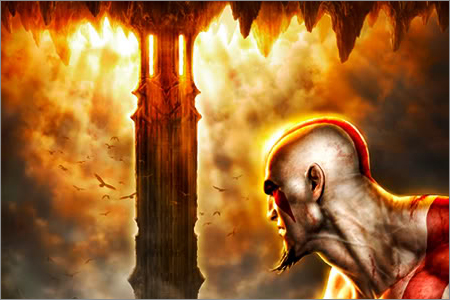 I’ve killed literally thousands of innocent human beings as Kratos. I’ve murdered by own family. Render the world asunder. And now some hacknyed plot development involving Pandora was going to redeem him? C’mon ya’ll. Even though I dug it, it was forced in into this plot like Kevin Smith into an airplane seat.

But for all the faults, for all the mundane puzzles and the eye-rolling storyline, God of War III is still an excellent title. It’s pure soul-rotting Twinkie filling at some points, and the conclusion is so honey-sweet you want to make sure you’re not watching some retarded Lifetime lifetime movie. But by the end of the title, with the epic confrontation title with Zeus under your belt, you almost forget that you spent four or so hours of quiet, uninspired sliding in and out, employing tired and repetitious techniques.